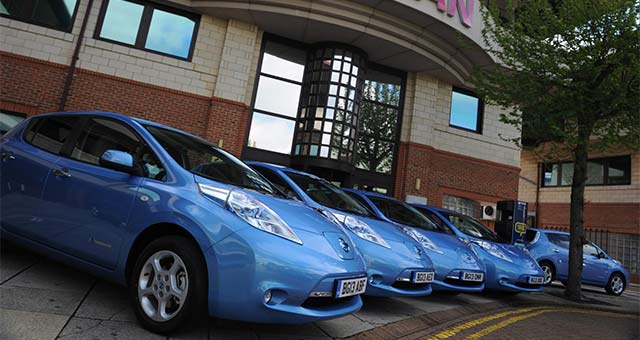 The handover comes as the Low Carbon London project extends its EV trials across the capital to understand the impact of low carbon technologies on the electricity network.

The first 25 brand new Nissan LEAF electric vehicles have been leased by individuals and their families under the scheme and will be providing support and information for the trial.

A further 25 have been set aside for companies, to not only get involved and experience having an electric vehicle on their fleet, but also see how much they can save.  Both the individuals and companies involved in the project will be provided with a free charging unit at their location of choice, as well as access to Source London – the capital’s EV charging network which has over 1,300 charging points across the city.

As part of the project, all the LEAFs have gone to people and companies who will be driving and recharging cars within the M25, with the individuals leasing the LEAF for a year and the companies leasing one for two years.

The Low Carbon London project is led by UK Power Networks and supported by a number of organisations including the Greater London Authority, Transport for London and the Institute for Sustainability. Nissan is providing the perfect urban car to extend the Low Carbon London EV trial with a range of around 100 miles and costing just £2.30 to fully charge.