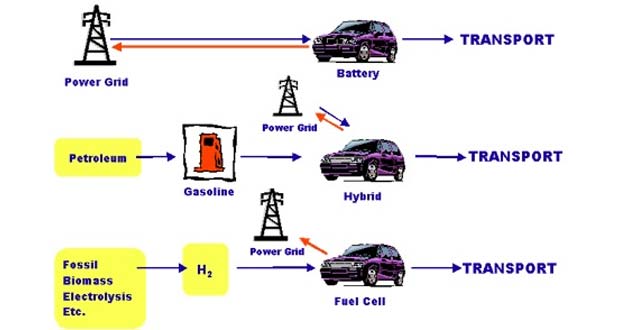 NRG Energy Inc. said a technology it developed with the University of Delaware has sold power from electric vehicles to PJM Interconnection LLC’s grid.

The University and NRG began work in September 2011 to move from research results to prepare to commercialize the technology, which provides a two-way interface between electric vehicles and the power grid that enables vehicle owners to sell electricity back to the grid while they are charging their EVs.

On Feb. 27, the project took a big step forward when it became an official participant in the PJM’s frequency regulation market.

Frequency regulations are used to balance supply and demand on the grid second-by-second. Since then, the project has been selling power services from a fleet of electric vehicles to PJM, whose territory has 60 million people in the 13 mid-Atlantic states.

“This demonstrates that EVs can provide both mobility and stationary power while helping making the grid more resilient and ultimately generating revenue for electric vehicle owners,” said NRG Executive Vice President Denise Wilson, who leads the company’s emerging businesses. “The advancement also proves the power of partnerships such as these to accelerate the development of clean energy technologies that will deliver for the economy, consumers, security and sustainability.”

A key aspect of the technology is that it can aggregate power from multiple electric vehicles to create one larger power resource, rather than individual, smaller ones.

Additional company partnerships that make up the entire system include BMW AG providing the EVs, Milbank Manufacturing providing charging stations based on UD technology, AutoPort Inc. installing UD control technology into the EVs and others.

For grid operators, the technology serves as an innovative new approach to energy storage. It has the potential to balance the power provided by intermittent renewable resources such as wind and solar. Energy storage, such as large-scale batteries or those in a fleet of vehicles, can take the wind’s power generated at night and store it to use when demand is higher.

The technology is expected to initially help managers of commercial EV fleets by providing revenue while the vehicles are parked, with individual EV owners to eventually follow. The system is currently in development with restricted test fleets and is not now a commercial offering.

Besides being one of the country’s largest and most diverse power generators, NRG is innovating to make clean energy more accessible. This includes work to deploy large-scale renewable projects, smart meters and other demand-side management technologies, and EVs through its eVgo network of charging stations. The University of Delaware has strong clean energy research and development programs and industry partnerships in solar energy, wind energy, fuel cells biofuels and electric vehicles.