Audi A3 Sportback e-tron Confirmed for the US 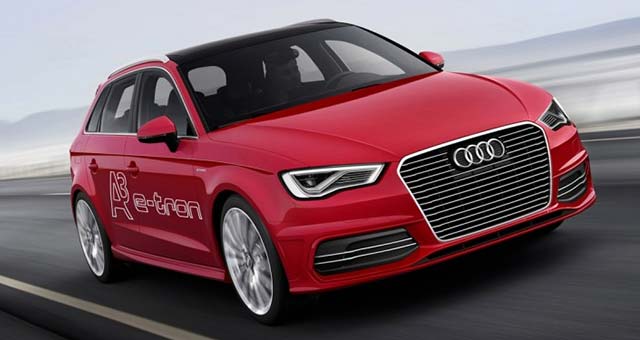 Audi of America confirmed today that it will be adding to the all-new A3 family by offering the A3 Sportback with a plug-in gasoline electric hybrid (PHEV) model in the U.S. market.

Audi recently revealed the A3 Sportback e-tron at the 2013 Geneva Motor Show. This vehicle demonstrates the production intent of e-tron using plug in hybrid technology, a practical first step towards electrified driving which mitigates the range anxiety concerns associated with most full battery electric vehicles.

The e-tron name denotes any Audi electric vehicle with plug-in capabilities. Audi has been testing a fully electric A3 in the United States but has no current plans to sell a pure EV.

The disc-shaped electric motor is integrated into a newly designed six-speed e-S tronic, which transfers the power to the front wheels. The two powerplants complement each other. The electric motor develops peak torque from start to around 2,000 rpm, and the TFSI’s maximum pulling power is available in a range from1,750 to 4,000 rpm.