Mitsubishi Recalls 1,400 i-MiEV Electric Cars in the US 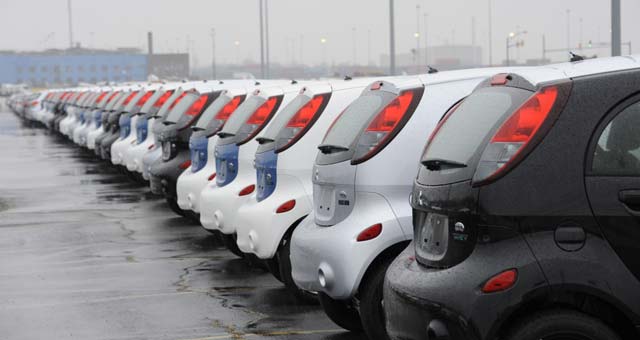 Mitsubishi is recalling about 1,400 i-MiEV electric cars in the US, because a brake pump can fail.

When this air pump fails, braking is made much more difficult and requires more braking force from the driver, inevitably increasing braking distance. No injuries, deaths, or fires have been reportedly attributed to the failing pump.

The problem was discovered when the company got a complaint from a customer in Japan.

Mitsubishi will notify owners and replace the pumps free of charge. Replacing the faulty pump will only take about an hour, Mitsubishi says.

The company has not yet announced a schedule for the notification or repairs.

The recall is part of the 14,700 i-MiEV electric cars that are being recalled worldwide. This includes 3,400 i-MiEV models in Japan, 2,400 Minicab-i-MiEV also in Japan. The recall also affects 8,900 European market i-MiEV models and its sister cars the Peugeot iOn and Citroen C-Zero.