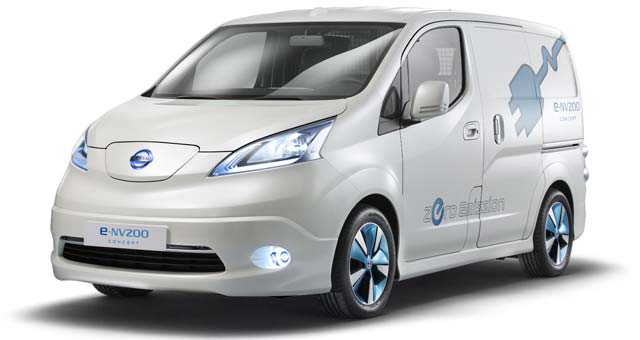 Nissan says it has received extremely positive feedback from the fleet industry on its new e-NV200 electric van when it was showcased in late 2012.

The group met the e-NV200 development team and were able to give their thoughts on all aspects of the vehicle, including how they envisage it fitting into a fleet strategy. Nissan also shared its overall EV vision including product creation, development and future EV plans.

According to Nissan, all delegates reacted positively to the 100% electric van’s driving and performance characteristics with many keen to put the vehicle into immediate use.

“We were blown away with the response and we already have leasing companies and fleet operators who want to trial the vehicle, and some who want to order a fleet of vehicles for urban delivery use. After driving the vehicle on the two day trip they could immediately see the business benefit of running electric vans across specific parts of a fleet. Commercial vehicles are working tools and our guests recognised both the savings in fuel costs and reduced emissions offered by the e-NV200,” explained Matthew Dale, Nissan’s national LCV sales manager.

From a residual value perspective the used guides could see a definite role to play for the e-NV200 and that used prices should be strong based on the vehicle’s practicality and whole life costs, which will give it a second and third life in the used market.

“Residual values are key to the success of any commercial vehicle so we were pleased to hear some very positive initial comments from the used vehicle experts,” said Dale.

The Barcelona trip follows successful trials with major fleets such as British Gas, FedEx and the Japan Post Service in 2011 and 2012 as Nissan prepares the e-NV200 for mainstream production. The e-NV200 is expected to go on sale in 2014.

Jan 30, 2013Blagojce Krivevski
US Committee Clears Wanxiang to Buy A123 AssetsCitroen to Show Off Berlingo Electric at 2013 Commercial Vehicle Show