US Committee Clears Wanxiang to Buy A123 Assets 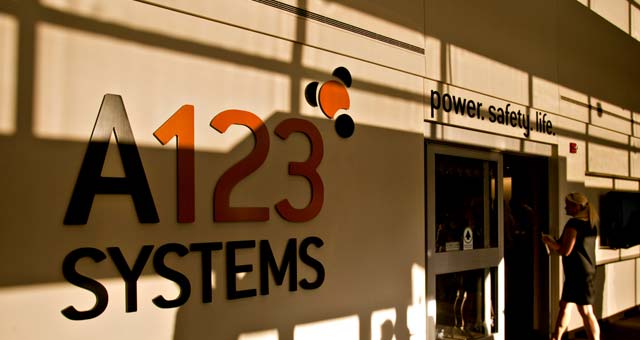 Chinese auto parts maker Wanxiang Group Corporation said Tuesday that the Committee for Foreign Investment in the United States has approved its purchase of most assets of failed battery maker A123 Systems Inc.

“We’re pleased the government has completed its review and provided us with the go-ahead to finalize this transaction,” Pin Ni, president of Wanxiang America said in a statement. “The future is bright for A123. It is a company with exceptional talent and potential, and Wanxiang America is committed to its long-term success and the continuance of its U.S. operations. Wanxiang America looks forward to closing the transaction and to continuing to foster the technologies A123 has worked so hard to develop.”

A123 arrived in bankruptcy in October with a $125 million opening offer from Johnson Controls Inc. But Wanxiang, whose $465 million offer for A123 collapsed this fall, outbid the Milwaukee auto-parts manufacturer at a days-long auction.

Wanxiang bid nearly $257 million for A123, which supplies batteries for Fisker electric cars and has contracts with other automakers.

The deal was approved by a federal bankruptcy court judge in Delaware earlier, but was in the midst of an extensive national security review by the Committee on Foreign Investment in the United States.

The acquisition has been controversial because US taxpayers provided tens of millions of dollars that supported the commercialization of A123’s technology with the construction of two manufacturing plants in Michigan. Critics charged that the acquisition would put sensitive technology in the hands of the Chinese government.