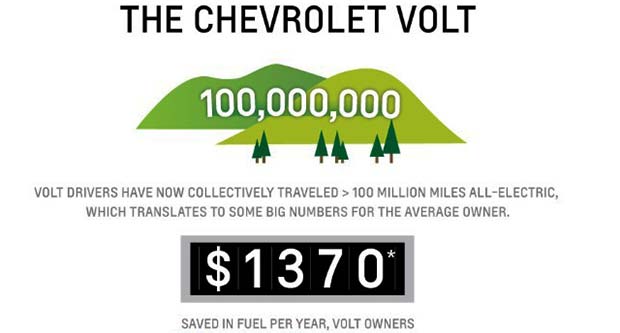 Chevrolet Volt owners collectively have driven more than 100 million all-electric miles since the vehicle went on sale two years ago this month.

The average Chevy Volt owner travels more than 65 percent of the time in pure electric mode as the car was designed – only using the gasoline-powered generator for longer trips.

By charging regularly, Volt owners drive approximately 900 miles, or a month and a half, between fill-ups.  However, many Volt owners quickly exceed that average, based on an EPA-estimated 98 MPGe that puts electric-only range at 35 mpg city and 40 mpg on the highway.

With each avoided trip to the gas station, Volt drivers continue to increase their return on investment. Based on EPA estimates and compared to the average new vehicle sold in the United States, Volt owners are saving about $1,370 a year in fuel costs.

This is the second year in a row the Chevrolet Volt has topped the satisfaction survey of one of the leading consumer testing organizations in the United States.

For the typical driver, the average Volt savings equates to: nine weeks of groceries at $151 per week, 228 car washes at $6 per car wash, 137 movie tickets at $10 per ticket.

The 5 million gallons of gas saved is equivalent to $21 million in gasoline costs averted overall based on $4 per gallon of premium, or more than two supertankers of gas. 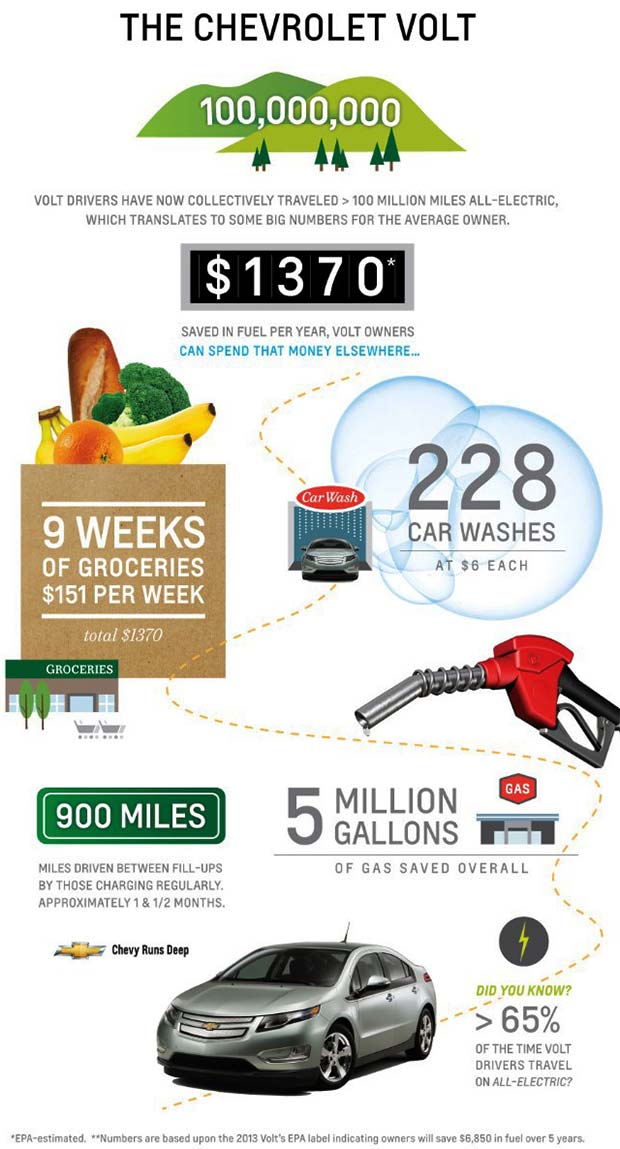