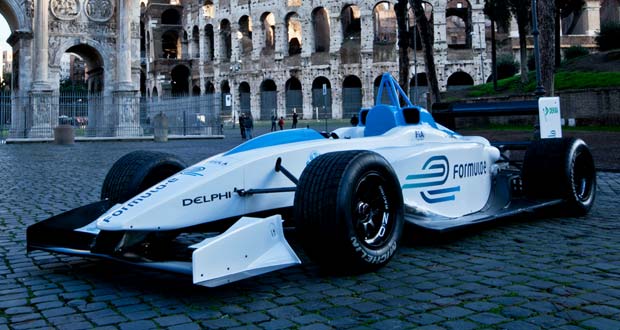 The FIA Formula E Championship has announced that Rome will host a Grand Prix street race in the inaugural season in 2014.

The Italian capital is the first European city to sign up with the FIA Formula E, and the second in total after a race in Rio di Janeiro was announced back in August.

In total, the 2014 inaugural Championship will feature 10 urban races. Formula E Holdings has already received interest from a large number of cities to host the ‘E-Prix’. Formula E Holdings will soon define the list of venues that will be proposed to the FIA for the first season. Further city announcements are expected in the coming weeks.

In November, McLaren announced it would design and build the powertrain for the first Formula E cars in consortium with Spark Racing Technology (SRT), a new company led by Frederic Vasseur. Formula E has declared itself as an ‘open’ championship. It has been working to encourage other car designers and constructors to build a Formula E car. The FIA technical regulations, to be published soon for the Championship, will ultimately set the framework for making such submissions possible. To ensure the availability of cars for the first year, FEH has ordered 42 cars from SRT for the 2014 Championship.

Jean Todt, FIA President, said: “It gives me great pleasure to be in Rome for this exciting announcement that the eternal city has expressed its firm interest to host a race in the Formula E 2014 championship calendar. The contrast between this innovative motorsport series and the rich ancient history of Rome is one I am sure the public and the media will be intrigued and enriched by.”

Dec 3, 2012Blagojce Krivevski
Tips for Buying a Used Electric CarInfographic: The Ultimate Car of the Future