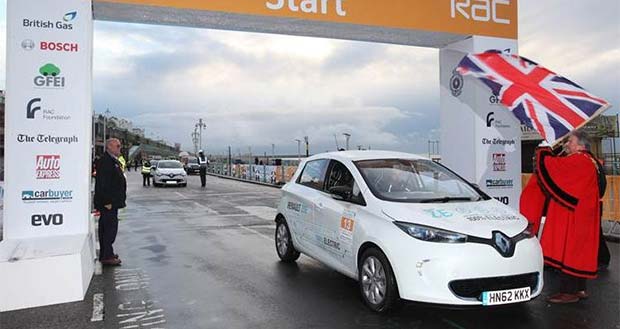 The event, sponsored by RAC Motoring Services was first introduced in 2010 to showcase low energy use vehicles. It features competitors driving electric, hybrid, hydrogen and low-emission conventional petrol and diesel cars on a 63-mile route from Brighton to London, using the least amount of energy as possible. The event is a real-world test of current and future vehicle technology.

Andy Heiron, UK Head of Electric Vehicles Programme, said, “I’m delighted to have won four out of 19 categories. We’re the only manufacturer offering such a wide range of fully electric vehicles to cover the main market sectors and appeal to both retail and business buyers. Our current three-model range has already been attracting a lot of interest, especially the unique Twizy. The proof of the pudding though is trying them out. We’re confident that after experiencing the refined and responsive driving experience of a purely electric vehicle, combined with the financial and environmental benefits of switching to an electric vehicle, potential buyers will be smitten.”