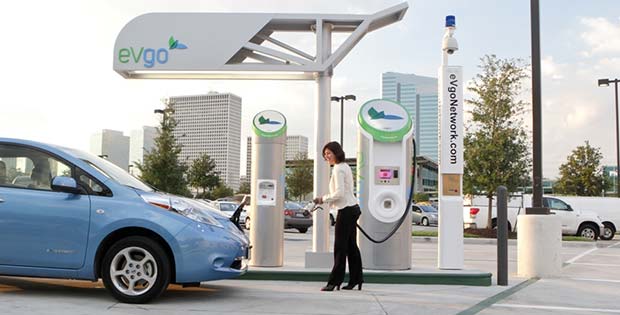 NRG Energy, through its eVgo subsidiary, has been cleared to provide Californians with electric vehicle charging network including fast chargers that allow drivers to add 50 miles of range in 15 minutes at premier retail environments.

With Monday’s Federal Energy Regulatory Commission (FERC) approval of the agreement between the California Public Utilities Commission and NRG, eVgo can now begin work on a network that will raise the bar on convenience for EV drivers.

As part of its agreement with the Commission, NRG is investing approximately $100 million over the next four years in the eVgo California charging network, generating in the process more than 1,500 jobs and a total economic benefit of more than $185 million from employment and procurement of goods and services.

“This approval enables one of the most visionary “public-private partnerships” ever conceived to move forward; enabling NRG to begin bringing the benefits of a comprehensive EV fast charging network to the largest population centers in California,” said David Crane, President and CEO of NRG Energy. “This network will open the door for more California drivers to enjoy the enormous benefits of EV ownership.”

As part of the agreement, NRG will also facilitate EV ownership for Californians who live in apartment buildings and other multi-unit housing complexes and for Californians hoping to commute to work in an electric vehicle through its “make ready” commitment. eVgo will install the wiring (make readies) for at least 10,000 individual charging stations located at offices, multifamily communities, schools and hospitals.

To help ensure electric vehicle charging is available to Californians of all income levels, NRG will install at least 20 percent of the fast charging stations in low income areas and ensure that mixed-income housing locations are identified, evaluated, and pursued for the individual charging station make readies.

In addition to the investment NRG will be making in EV infrastructure to benefit Californians, NRG will contribute $20 million to the California Public Utility Commission for rate payer relief.