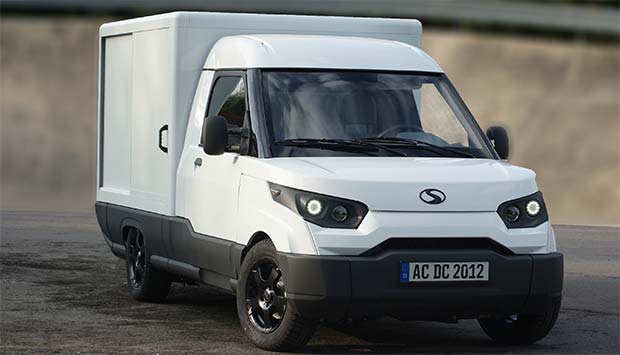 The UK driveline technology specialist Xtrac has designed a new, low cost and efficient transmission for the StreetScooter GmbH electric vehicle business based in Aachen.

The single-speed gearbox and differential, developed for front-wheel drive vehicles, will be unveiled this week when the German manufacturer debuts its electric urban delivery van as a fully functional prototype at the IAA Commercial Vehicle exhibition in Hannover (Hall 13 stand 40) which runs from the 20 to 27 September.

Xtrac will soon build an additional 65 transmissions at its hi-tech factory in Berkshire. Much of this pre-production manufacturing is aimed at a large scale appraisal by a major fleet operator prior to commencing low volume series production.

The electric van has been developed by the specialist vehicle manufacturer StreetScooter GmbH as a multi-functional light commercial vehicle for a variety of service industry and trade roles.  The extended wheelbase pre-production model making its world premiere at Hannover this week has a cargo capacity of about four cubic metres.   It’s designed for city use and has a power rating of 30-45kW (40-60bhp) generated by a lithium-ion battery and induction motor.  Maximum range is 120km (75 miles) and the maximum speed is 85km/h (53mph).

The StreetScooter electric van can be tailored for a variety of roles to suit local tradesmen, utility companies, service engineers, rental firms and larger fleet operations that need to operate quietly and efficiently with zero carbon emissions in an inner city environment, where conceivably conventional vehicles with internal combustion engines may well in the future be banned.  StreetScooter says that operator acquisition and maintenance costs and the total cost of ownership have been given top priority.[wzslider height=”400″ lightbox=”true”]