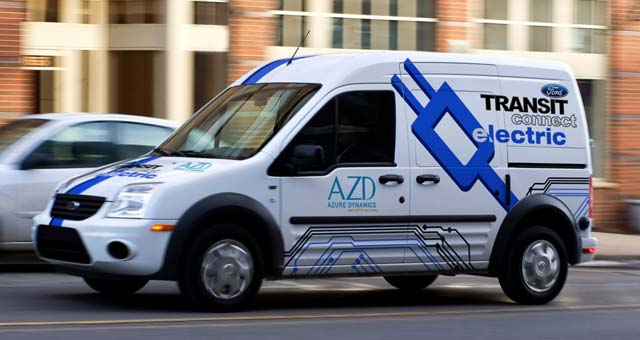 Liberty e-care, a division of Liberty Electric Cars, recently launched its repair program for the Ford Transit Connect electric van, an all-electric van developed in a collaborative venture between Azure Dynamics and Ford.

The vehicle has a 75 mile per hour top speed and can drive up to 80 miles on a single charge—perfect for the requirements of a local delivery cycle.

The electric van had been launched in 2010 in the US and Europe; among the first US customers were AT&T, Canada Post, the New York Power Authority and Southern California Edison.

Around 1500 units were sold globally before Azure stopped production in March 2012.

Liberty e-care’s staff has developed a full program to service and repair these vehicles especially with regard to the battery which is no longer available.

This unique service is available to both Ford main dealers and directly to the owners of Transit Connect Electric vans.

Liberty e-Care is one of the key EV service providers in Europe. The company has just renewed, for the third year, its contract with one of America’s largest truck manufacturers to provide all aftermarket warranty support to its key electric vehicle (EV) customers in Europe. These include major companies such as FedEx, UPS and Veolia, who are using the first ground up Modec electric trucks known.