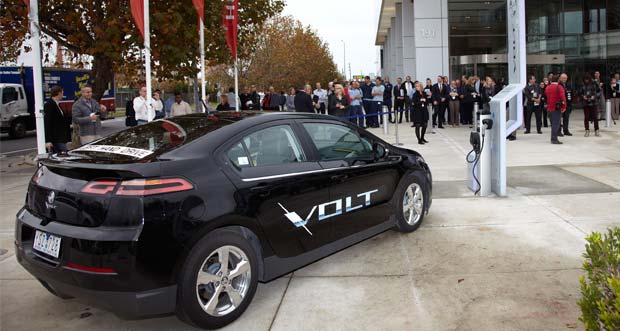 The announcement has been made during its national Energy and Environment Week, and as part of the partnership, Holden will supply recharge data collected from its internal fleet before Volt goes on sale later this year.

Holden will also be conducting consumer education activities throughout the trial to promote awareness and understanding of electric vehicles and their benefits.

Holden has been running left hand drive Volt vehicles as a demonstration and engineering fleet since December 2011 and the first right hand drive Volts make their debut on Melbourne streets this week.

The first Australian specification Volts will be driven by Holden employees who will live with the car for twelve weeks.

The employees will be giving valuable feedback to the launch team and sharing insights into their experience of living with an electric car via social networks.

The Victorian Government’s Electric Vehicle Trial is an EV initiative that intends to aid the transition toward electric vehicles and includes more than 60 organizations, 60 vehicles and 200 charging locations.

“While electric cars have been a dream for decades, they are now a reality and cars like the new Holden Volt put electric driving within the reach of everyday drivers. By getting involved in the Victorian Electric Vehicle Trial we hope to develop a better understanding of how people drive and recharge vehicles in Australia.”