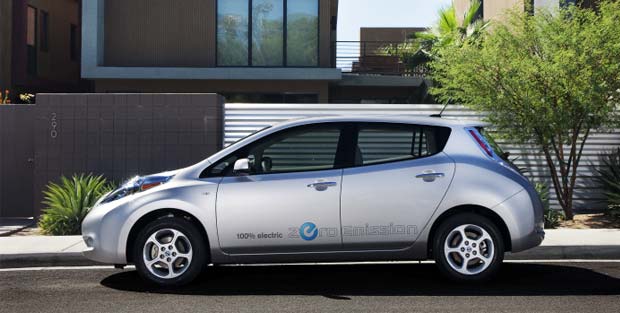 Nissan in Norway has sold 1000 Nissan LEAFs in six months, taking almost 2% of the total car market in February this year demonstrating the impact of comprehensive incentives and developed charging infrastructure.

The government support and charging infrastructure have helped the Nissan LEAF become the second best-selling Nissan in Norway and the ninth best-selling passenger car overall in February.

Norway has the highest level of support in Europe for electric vehicle purchases with zero VAT, no new car tax, free parking, exemption from some tolls and the use of bus lanes in Oslo. The existing on-street charging infrastructure in Oslo currently has approximately 3500 public charging points in Oslo, many of them free to use.

Olivier Paturet, General Manager of Zero Emission Strategy at Nissan Europe was delighted to attend the handover, commenting: “We are very happy to see that the ambition of the Norwegian government has matched our own with strong support for the widespread introduction of electric vehicles. The Norwegian package of incentives is unsurpassed and the recharging infrastructure is established and accessible. We can see that Norway is leading the way with its proactive approach to encouraging its citizens to drive electric vehicles. We hope it will continue with the further development and upgrading of the charging infrastructure.”

The 1000th car handover took place on 25 April at 12.30 in front of the Ministry of Environment where the Minister Bård Vegar Solhjell handed over the keys to Nils Haugerud. Also attending was Birger N. Haug the dealer responsible for selling this car and 550 of the 1000 sold so far, making him one of the largest volume LEAF dealers worldwide.