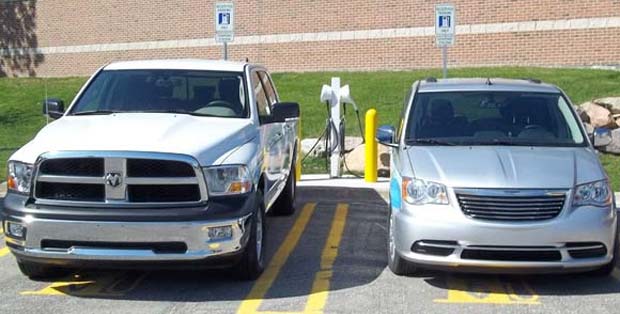 The data-collection phase of Chrysler’s plug-in hybrid minivan project begins in earnest with the completion of the demonstration fleet’s deployment.

The plug-in hybrids will be subjected to “temperature extremes and variations of drive cycles,” said Abdullah Bazzi, senior manager of Chrysler Group’s advanced hybrid vehicle project, adding resulting data will shed light on customer acceptance of the technology and its impact on the grid.

Other deployments are in Arizona, North Carolina and Michigan.

Two additional plug-in hybrid minivans will be retained by Chrysler Group engineers. One of those vehicles will be subject to a short-duration test by Argonne National Laboratory.

Each plug-in hybrid Town & Country is equipped with an E85-compatible 3.6L Pentastar engine mated to a front-wheel-drive, two-mode hybrid transmission.

A fleet of plug-in hybrid Ram pickups also is being evaluated as part of a wider project.