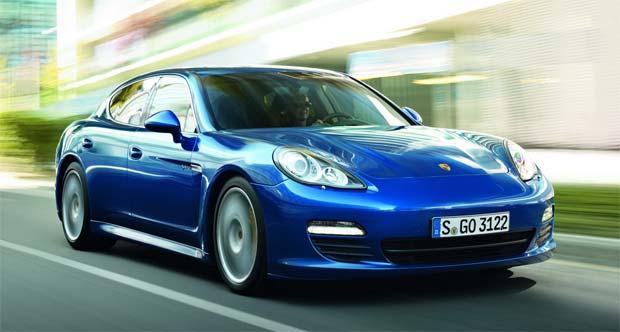 German luxury carmaker Porsche is planning to launch the plug-in hybrid version of the Panamera S Hybrid in 2014.

The Panamera Plug-In Hybrid will be powered by a 380-hp direct-injected 3.0-liter supercharged V-6 and eight-speed automatic with a separating clutch that facilitates the gas engine to be stopped while the car is in motion.

Motor Trend reports that between the transmission and engine on the Panamera Plug-in Hybrid will be an electric motor that will be able to move the rear tires on full-electric for about 19 miles (30 kilometers).

In addition, a similar plug-in hybrid powertrain is expected to be fitted to Audi’s Q7 SUV, and a plug-in hybrid version for the Cayenne S Hybrid is then also likely.

The range of the normal Panamera S Hybrid is just two kilometers (1.24 miles), the speed in electric mode is up to 85 km/h (53 mph) depending on the driving situation.