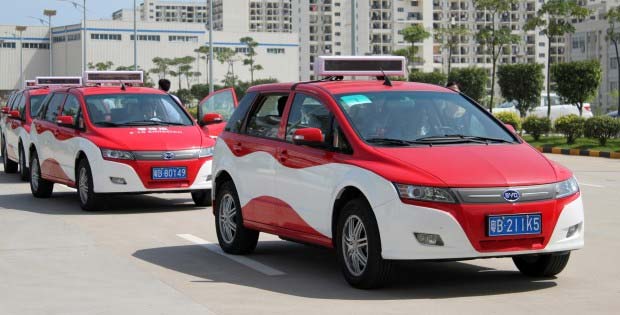 Electric cars in China are more hazardous to health when compared to gasoline vehicles, according to a report released Monday by a team from Universities of Tennessee and Minnesota in the US, and Tsinghua University in  China.

While electric cars have been seen as environmentally friendly, the researchers determined they are in fact responsible for more overall harmful particulate matter pollution than gasoline cars.

The problem in China comes from the way most electricity is generated—more than 75 percent of power in China is generated by coal. So, rather than look at vehicle-emissions alone, where electric cars easily beat gas- and diesel-powered cars, the researchers studied the environmental impact of the whole power chain.

Particulate matter, which includes organic metals, acids, soil, metals or dust, is generated when fossil fuels are subjected to combustion. In the case of electric cars combustion takes place when electricity is generated and in China more than 85% of electricity generation is from fossil fuels, of which 90% is from coal. According to the research team, the electricity generated to power electric cars produces fine particulate matter at a more rapid rate when compared to gasoline vehicles. The only difference is that the emissions related to the electric cars come from power plants that are far away from populated areas; hence people are exposed to the emissions at a lesser rate when compared to traditional vehicles.

Even then, the rate cannot be ignored since when considered in terms of the impact to air pollution, electric cars are more hazardous to public health in China when compared to gasoline vehicles.

Assistant professor in environmental and civil engineering, Chris Cherry, it is important that electric cars are powered using clean energy sources. In China as well as in other places, electric cars must be deployed in cities with clean electricity generation and there must be improvements in emission control in power sectors with high pollution risks.

The effect on health was estimated in China with the help of emission rates and comprehensive emission data from literature for five types of vehicles that include buses, electric cars, e-bikes, diesel and gasoline cars.

The effect of electric cars was lesser than that of diesel cars but same as diesel buses. E-bikes posed the least environmental health effect for every passenger per kilometer.

Cherry said that e-bikes are an eco-friendly and efficient transportation mode as they are battery-powered.

The findings have been published in the “Environmental Science and Technology” journal.

Feb 14, 2012Blagojce Krivevski
Electric Cars Could Recharge From The Road While MovingWorldwide Revenue from Fuel Cells and Hydrogen Will Reach $785m in 2012