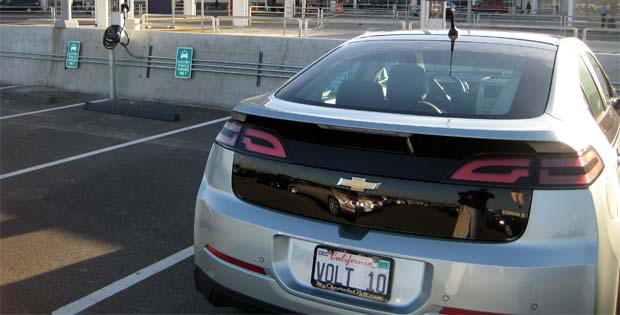 The City of Los Angeles and Seoul won the E-Visionary Award from the World Electric Vehicle Association for their “strong support of clean, efficient and sustainable modes of transportation, and for making electric drive a reality in the everyday lives of their citizens.”

The E-Visionary has been awarded to cities or organizations since 2002 for their efforts in encouraging the use of environment friendly and energy-efficient modes of transportation.

Seoul was credited for establishing an electric car task force in 2009 and running pilot programs for high-speed electric cars in 2010. It also operated 53 green cars, such as hydrogen fuel cell vehicles, during the G20 Summit the same year.

In addition to serving as the hosting City for EVS26, Los Angeles has committed the City to furthering the development and adoption of electric drive technology:

• The Los Angeles Department of Water and Power, the largest municipal utility in the country, offers electric car customers rebates of up to $2,000 on home charging systems and has determined time-of-use prices for charging electric cars during off-peak hours.

• The City offers a two and a half cent per kilowatt-hour discount for off-peak hour charging.

• Los Angeles is working to educate consumers about electric drive: the Los Angeles Department of Water and Power has created a toll-free phone number that customers can call for more information about electric vehicles and charging.

• The L.A. Department of Building and Safety demonstrated national leadership by developing and implementing EV-ready building codes for all new construction in Los Angeles. As of January 1, 2011, all single-family residences, multi-family dwellings, and commercial properties constructed in the City of Los Angeles will have EV-specific requirements.

• The Mayor’s Office has supported the growth of the top EV companies in Los Angeles such as CODA Automotive, BYD, and Boulder EV.

• In January, 2011, Los Angeles and Shanghai agreed to be Partner Cities by sharing best practices from their respective EV demonstration programs.

• The Los Angeles Department of Water and Power in partnership with the City of Los Angeles has established the Los Angeles CleanTech Incubator (LACI), fostering emerging EV startups such as 350Green, Gridtest Systems.