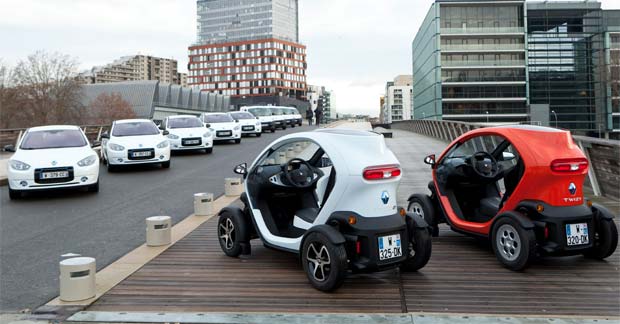 French carmaker Renault and the city of Boulogne-Billancourt (France) opened the Renault ZE (Zero Emission) Center, the first such to be opened in Europe by a vehicle manufacturer.

Its aim is to share the ZE experience with all visitors, in order to convince them of the credibility of Renault’s offering and the relevance of its ambitions in electric cars.

The Renault ZE center is based on the concept of a customer journey: reception; briefing on the electric vehicle ecosystem (comprising the car, battery, charging infrastructure and new services); an educational tour of the showroom; an opportunity to test drive Kangoo ZE, Fluence ZE and Twizy on a test track dedicated to electric cars on Ile Seguin; and last, a discussion session, enabling ZE advisors to take account of customer feedback.

From January 2012, the Center will be open to the general public and to the Renault sales network, which will be able to book test drives online, by phone or directly at the Center’s reception desk.