Benefits of Plug-in Electric Vehicles Depend on Battery Size: Study 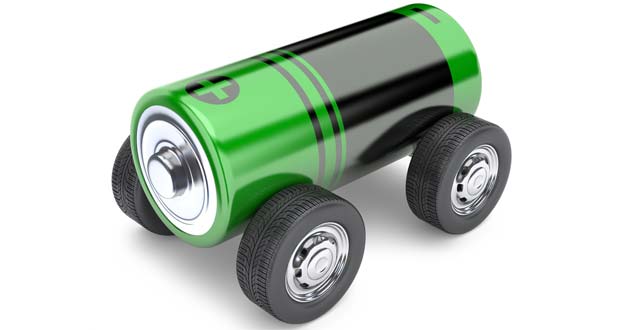 Plug-in electric vehicles with small battery packs and hybrid electric vehicles (HEVs) that don’t plug in can reduce life cycle impacts from air emissions and enhance oil security at low or no additional cost over a lifetime, but plug-in vehicles with large battery packs are more costly and may have higher or lower emissions than HEVs depending on where and when they are plugged in, according to the review by Carnegie Mellon University, Arizona State University and Rand Corp.

In a study appearing this week in the Proceedings of the National Academy of Sciences, Carnegie Mellon University’s Jeremy J. Michalek argues that electrified vehicles with smaller battery packs are more efficient in reducing societal costs for health care, environmental damages and oil consumption.

“Current government policy provides larger subsidies for vehicles with larger battery packs, assuming that larger is better. While larger battery packs allow plug-in vehicles to drive longer distances on electric power instead of gasoline, they are also expensive and heavy, they are underutilized when the battery capacity is larger than needed for a typical trip, they require more charging infrastructure and they produce more emissions during manufacturing.”

U.S. policy has been pushing the auto industry to investigate alternatives to fossil fuels. The American Recovery and Reinvestment Act of 2009 provides up to $7,500 in tax credits for up to 200,000 plug-in vehicles.

”Because vehicles with larger battery packs are more expensive, fewer of them can be subsidized, and that can result in lower total benefits,” said Michalek, who recently received a $400,000 grant from the National Science Foundation (NSF) to analyze how public policy could help determine the types of vehicles built in coming years and how consumers might respond to these vehicles.

“It’s possible that in the future plug-in vehicles with large battery packs might offer the largest benefits at competitive costs if the right factors fall into place, including sufficiently low cost batteries, high gasoline prices, low emission electricity and long battery life,” said study co-author Mikhail Chester, assistant professor of sustainable engineering at Arizona State University. “But such a future is not certain, and in the near term, HEVs and plug-in vehicles with small battery packs provide more emissions benefits and oil displacement benefits per dollar spent.”

“With increasing energy and environmental constraints, transitioning from conventional gasoline vehicles to hybrid and plug-in vehicles offers an opportunity for improving energy independence and air quality while helping to address global warming,” said study co-author Constantine Samaras, an engineer at the RAND Corporation.
Michalek’s research is aimed at understanding tradeoffs in the capabilities of new technologies and to predict what near- and long-term strategies should be.

“Given the major spending cuts under debate in Washington, it is important that we get the most benefits out of spending designed to improve the environment and energy security,” Michalek said. “In the near term, HEVs and plug-in vehicles with small battery packs offer more cost-effective benefits. More research on batteries — especially lowering cost — and a transition to a cleaner electricity grid are needed to pursue a future where large battery packs may also be able to help address climate change, air pollution and oil dependency at competitive costs.”