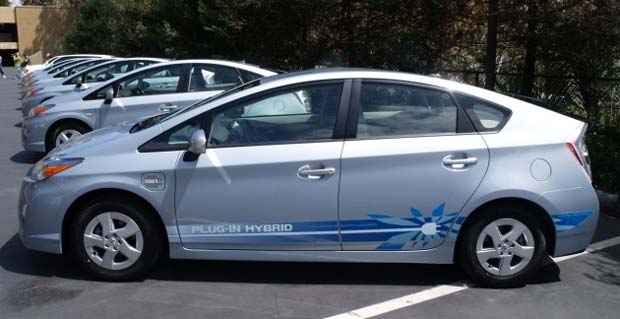 Toyota Motor Corporation (TMC) will carry out a series of verification tests in Aichi Prefecture, Japan from November 2012 to March 2013 to assess various practicalities of the widespread deployment of standard chargers for plug-in hybrid vehicles (PHVs) and electric vehicles (EVs).

The tests will be conducted together with two local governments and 10 businesses.

Currently, charger installation in Japan is carried out at the discretion of commercial and non-commercial facilities, and there is no established method of recuperating installation costs.  To address this, national and local governments have set numerical and deployment schedule targets for chargers with the aim of promoting the widespread adoption of next-generation vehicles, such as PHVs and EVs.

The tests will examine optimal charger deployment locations as well as operational and billing methods and are aimed at facilitating the establishment of a comprehensive charging infrastructure, which would enable the widespread acceptance of next-generation vehicles and lead toward the realization of a low-carbon society.

The tests will focus on standard chargers able to be used for both PHVs and EVs, helping operators keep installation costs low.  In particular, the following three areas will be examined:

–  A new coin-operated standard charger based on the “G-Station” charger, developed by Toyota Media Service Corporation, will be developed and deployed to explore the feasibility of different billing methods and pricing structures.

– The provision of a variety of information will be tested through the G-Station’s Wi-Fi connectivity, with the usefulness of different kinds of information evaluated.  The information may include business operating hours and events at commercial facilities, as well as disaster updates from the Aichi Prefectural government.

The verification tests qualify for backing by the “Subsidy Program to Support R&D for the Creation of New Aichi” program in FY 2012.  Funds from the subsidy program will be used mainly to provide financial support for the installation of chargers for the tests.