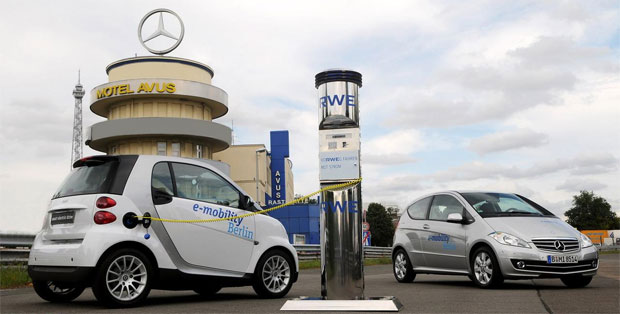 The analysis of Gartner’s latest electric car readiness study conducted in Germany in the first and second quarter of 2011 showed that the majority of German consumers prefer a gasoline-powered vehicle for their next vehicle purchase, followed by hybrid technology which saw consumer interest increasing compared to 2010.

Consumer preferences for diesel technology seems to have peaked, but still make it the third highest-ranked technology choice followed by natural gas powered vehicles. Only 16 per cent of Germans definitely want to consider an electric car in the future, making it the lowest ranking powertrain option.

Nearly one fifth of German drivers interested in electric cars are not willing to pay a premium price for an electric car vs. a comparably sized vehicle with a traditional powertrain technology, and only 8 percent are willing to pay €8,000 (US$11,500) or more. The survey also showed that nearly half of all German consumers considering an electric car for their next new vehicle purchase would require 30-40 percent operational cost savings from electric cars compared with a conventional car.

In May, the German government announced it would invest an additional €1 billion (US$1.42 billion) in research and development aid for electric cars, doubling its budget by 2013, to help reach its target of having one million electric vehicles on its roads by 2020.

However, Gartner believes that the German government must closely examine and potentially reconsider its current efforts and objectives regarding e-mobility. If the goal is to achieve substantial sales of electric cars then the government must step up its funding of research and development programs for battery technology advancements and home-charging deployment efforts, rather than a large-scale public charging infrastructure that may not be needed to address short to mid-term consumer demand. If the goal is to reduce dependency on oil and address environmental issues the government must broaden its funding to include other powertrain technologies that offer reduced energy consumption and consider encouraging the use of public transportation and alternative mobility solutions, such as new usage-based business models and car sharing programs.

In the first and second quarter of 2011, Gartner surveyed 3,000 adults in the US, Germany and China who owned or leased an automobile, using an online panel to analyse consumer preferences, requirements and attitudes regarding electric cars and showing how preferences have changed since 2010. Previous-year comparison data is based on a representative electric car online panel study conducted by Gartner in the second quarter of 2010 among 2,000 adult vehicle owners.