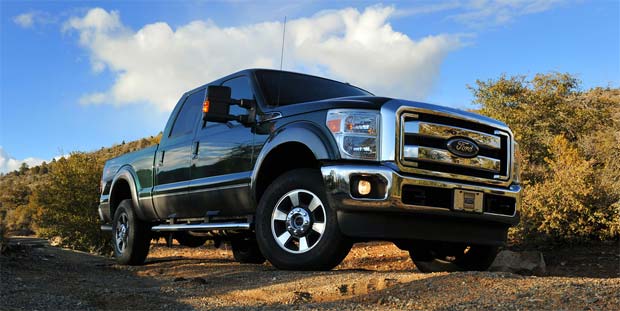 Azure’s plug-in hybrid technology will be initially integrated on Ford’s market leading F-Series Super Duty cab and chassis, the F-550, which is expected to be available in early 2013.

The agreement also allows Azure to perform hybrid powertrain conversions on other Super Duty platforms including F-350 and F-450 models and spans all engine, frame length and regular production options and configurations.

The Azure/Ford agreement includes a ‘ship-thru’ provision that permits Azure to place vehicles in the Ford transportation system and allows qualified Ford Commercial Truck dealerships to sell and service the product in key markets in North America.

Azure and Ford teamed up in 2009 to bring the Transit Connect Electric Van to market in just 13 months after the program was first announced.  The new PHEV F-Series program further expands the Azure/Ford business relationship which, in addition to the Transit Connect Electric, also markets the E-450 Balance Hybrid Electric Step Van and Shuttle Bus.

Prior to the Transit Connect Electric development, Azure and Ford collaborated  on the E-450 cutaway and strip chassis to create the Balance Hybrid Electric, a truck or shuttle that achieves up to 40% fuel improvement while reducing emissions and maintenance costs by up to 30% each.

With more than a 50% market share, the Ford F-Series Super Duty is the most established cab and chassis brand in the North American market.  The commercial cab and chassis industry supports approximately 100,000 vehicles per year and is the preferred active work-truck for thousands of commercial fleets managing a broad range of logistical needs.  The Super Duty offers several diesel and gasoline engine options and a variety of cab, bed and accessories options.

It is expected that the cab and chassis market could grow by as much as 50% over the next five years as fleet operators, who have delayed purchase decisions, return to market to replace aging inventory.