Renault in EV Deal with Georgia 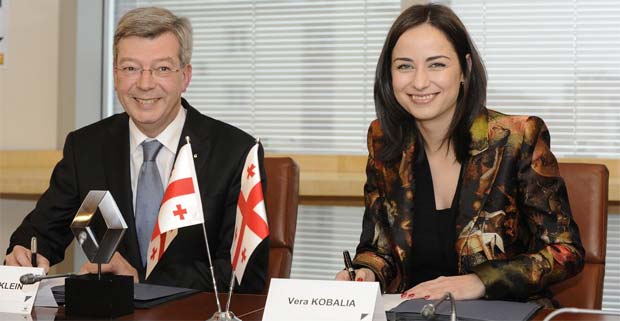 Renault has signed a Memorandum of Understanding with the Georgian government aimed at establishing a partnership to promote and implement electric vehicles in the former Soviet republic.

Both parties have decided to work together to define a final agreement with a view to encouraging the promotion of electric vehicles in order to reduce CO2 emissions and the effects of climate warming.

The program aiming at setting the agreement up will focus on several topics: the promotion of the electric vehicle and the support of its commercialization, the evaluation of the equipment in electric vehicles of the fleets of publics institutions of the country the market study for charging network deployment, the identification of public and private fleets customers, liable to join the project from their environmental commitment.

Vera Kobalia, Georgia’s minister for sustainable development, said in November that the government plans to buy about 4,000 electric vehicles from various producers over the next three or four years, while auctioning off the existing fleet.

This year Renault is launching three electric models: the Fluence Z.E., Kangoo Z.E. and Twizy. They will be followed by the Zoe model in 2012.