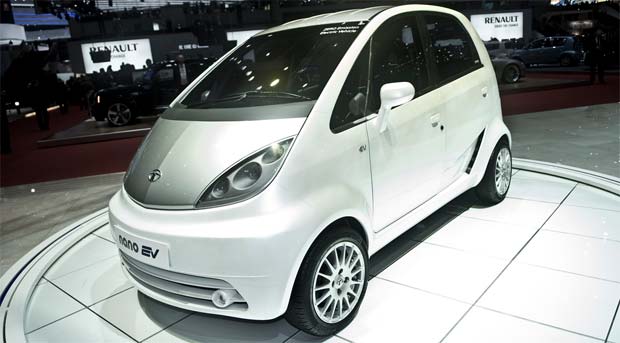 the Tata Nano EV at the 80th Geneva Motor Show.

Based on the Tata Nano platform, the Nano EV is expected to expand the company’s portfolio of electric vehicles, which has the Tata Indica Vista EV.

The electric Nano is capable of carrying four individuals. It has several design changes to reduce its mass, including a polycarbonate rear-hatch window.

The company has already displayed the Tata Nano Europa at last year’s Geneva Motor Show, and expects to launch it in select European countries in a couple of years. Meanwhile, in India, the Tata Nano, now being delivered to the first 100,000 chosen customers, has received rave reviews.[wzslider height=”400″ lightbox=”true”]