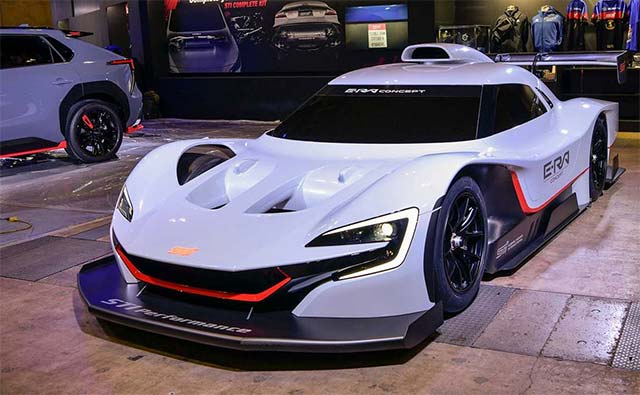 The STI E-RA CONCEPT is a concept model of the STI E-RA electric race car being developed under STI’s near-future motorsport study project, the STI E-RA CHALLENGE PROJECT, launched with the aim of gathering experience with new technologies in the world of motorsports for the carbon-neutral era.

STI says the first goal of the STI E-RA CONCEPT is to try to record a lap time of 400 seconds (6 minutes 40 seconds) in a time attack at the Nürburgring circuit from 2023 onward, after repeating driving experiments including at circuits in Japan in 2022. 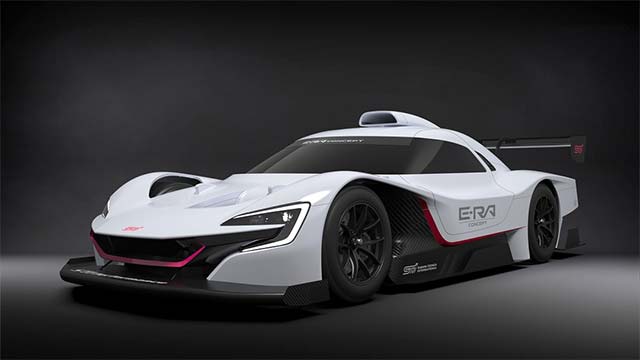 The STI E-RA Concept is powered by four high-torque electric motors positioned near each of the four wheels, enabling Subaru to employ a newly adopted proprietary 4-motor 4-wheel torque vectoring technology. The electric motors, developed and supplied by Yamaha, are driven by a 60kWH lithium-ion battery. The total power output of the STI E-RA is 800 kilowatts (1,073 horsepower).

The unique torque vectoring system is a technology that equalizes the balance to the grip limit of each of the four wheels with a driver-focused control system whose highest priority is the pleasure of driving. This raises the grip level to the maximum and stabilizes car body position. 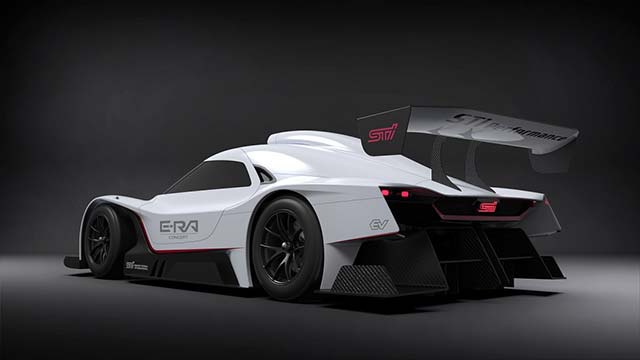 In order to obtain the maximum effect, the best way is to independently apply the optimum drive torque to the four wheels as the load shifts. To realize this, the system calculates the signals from sensors in wheel speed, vehicle speed, steering angle, G-force, yaw rate, brake pressure, and wheel load, determines the drive/braking torque of each wheel to gain a target stability factor, and provides instructions to the inverter.

The structure where motors are directly attached to the four wheels enables a high level of responsiveness and a direct control of the yaw of the car body. Since this is considered to be a system which can maximize a vehicle’s kinetic performance, and is included in the regulations for future motorsport (FIA E-GT), we regard this to be the best direction for us to work in. 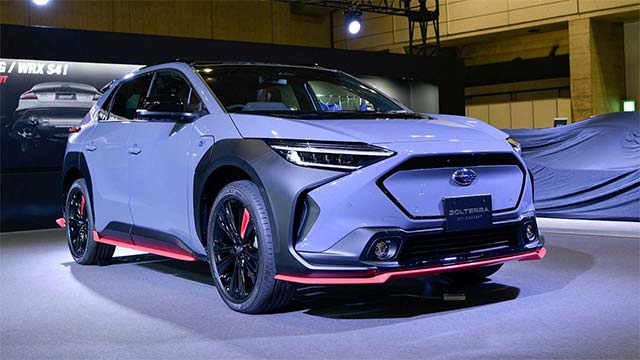 The SOLTERRA STI CONCEPT is based on the Solterra all-electric SUV which made its world debut in November 2021. Featuring a roof spoiler, cherry-red under spoilers, and other special parts on its exterior, the model inspires Subaru’s superior driving dynamics.