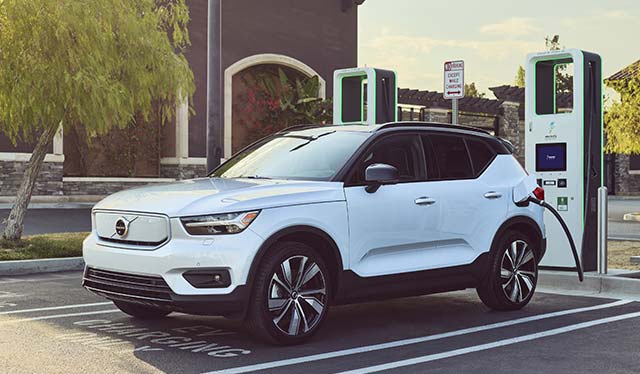 In October, Volvo Cars global sales reached 50,815 cars, down 22.2 per cent compared with the same period last year. The decline was related to a shortage of components which affected production but the demand for Volvo Cars’ products remained strong.

The company also saw the sales of electrified cars increasing. The share of cars with a fully electric or plug-in hybrid powertrain, the so-called Recharge models, amounted to 25.5 per cent of all cars being sold globally for the first 10 months to October 31. For the month of October, the share of Recharge cars accounted for 31.5 per cent of total sales, as the number of electrified vehicles continues to rise globally.

Sales of Volvo Cars’ fully electric models reached 3.1 percent of the overall sales, 18,261 cars, for the first 10 months and increased to 5.6 per cent, 2,841 cars, for the month of October. The growth was related to a planned ramp up in production. During the month of October, Volvo Cars also started production of the fully electric C40 Recharge in Ghent.

Volvo Cars’ sales in the US reached 104,066 cars in the first 10 months, up 23.5 per cent compared with the same period last year. For the month of October, sales reached 8,701 cars of which Recharge cars accounted for 24.1 percent of the overall sales.

Volvo Cars’ sales in Europe reached 242,495 cars in the first 10 months of the year, up 6.1 per cent compared with the same period last year. The sales performance for the month of October was affected by the lack of available cars, which resulted in a decline to 22,124 cars. The demand was strong and resulted in a pick-up in markets such as Sweden and the United Kingdom.

A detailed break-up of regional sales is given below: