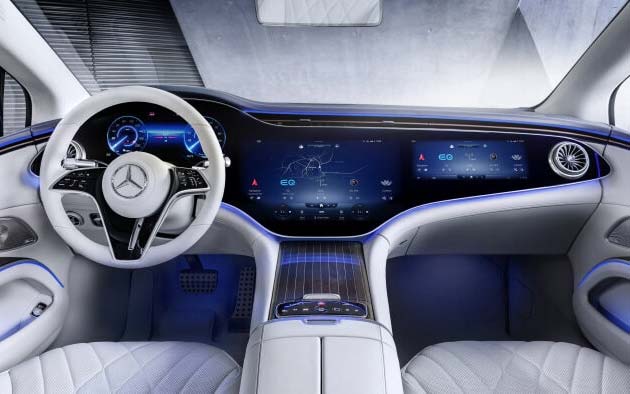 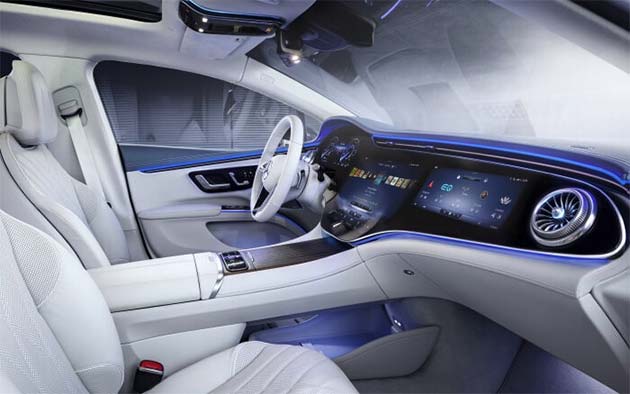 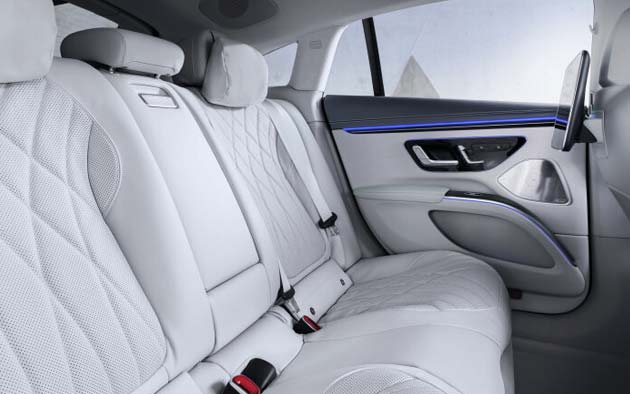 Mercedes-EQ has provided first detailed look at the Mercedes-Benz EQS all-electric luxury sedan, before the full car gets revealed on April 15

The EQS, which is set for market launch this fall, is the first model to be based on the modular architecture for luxury and executive-class electric vehicles.

Fusing technology, design, functionality and connectivity, the EQS delights both drivers and passengers. With a Cd value starting from 0.20 it sets a new aerodynamic benchmark for production vehicles. Supported by artificial intelligence (AI), it makes their everyday lives easier in many areas.

The EQS is produced together with the S-Class and the Mercedes-Maybach S-Class on a completely carbon-neutral basis in “Factory 56” at the Sindelfingen plant, Mercedes-Benz’s most modern automotive production facility. The battery systems are produced at the nearby Mercedes-Benz Untertürkheim location in the Hedelfingen plant part.

The EQS can be experienced with almost all of your senses. This elevates the all-electric top-of-the-range model to a new dimension in aesthetics and luxury. At the same time, the EQS testifies to the passionate commitment of its developers and designers to electric mobility.

The EQS features the current MBUX generation, which celebrated its premiere in the new S-Class only a few months ago. As standard, the new model is equipped with a 12.3-inch driver display and a 12.8-inch central display in portrait orientation. The so-called MBUX Hyperscreen is available as an option.

The large glass covering the MBUX Hyperscreen is curved in three dimensions in a molding process at temperatures of approx. 650°C (1202°F). This process allows a distortion-free view of the display unit across the entire width of the vehicle, irrespective of the radius of the glass cover.

Depending on the equipment, up to 350 sensors monitor the functions of the EQS or peer into the vehicle’s surroundings. And that’s not even counting the antennas. The sensors measure, for example, distances, speeds and accelerations, lighting conditions, precipitation and temperatures, the occupancy of seats as well as the driver’s eyelid movements or the passengers’ language.

The optional driving sound of the EQS is interactive and reacts to a dozen different parameters such as the position of the accelerator pedal, speed or recuperation.

More than 40 new inventions have found their way into EQS. In addition, 20 design applications protect the extraordinary design of the electric luxury sedan.

To get to the most important applications of MBUX, the user has to scroll through 0 menu levels. Hence the name, zero layer.

The display area of the optionally available larger head-up display corresponds to a screen with a diagonal of 77 inches. The imaging unit consists of a high-resolution matrix of 1.3 million individual mirrors.

The Burmester surround sound system in the EQS comprises 15 speakers with a total output of 710 watts and produces an unusually expressive, natural sound – the Burmester “feel-good sound”.

A coating on the cover glass simplifies cleaning of the MBUX Hyperscreen. The curved glass itself consists of particularly scratch-resistant aluminum silicate.

The EQS is the first production car with a Cd value starting from 0.20. It thus makes use of the advantages of the purpose design.

8 CPU cores, 24 GB RAM and 46.4 GB per second RAM memory bandwidth are some of the MBUX technical data.

The brightness of the MBUX Hyperscreen is adjusted to the ambient conditions using the measurement data from 1 multifunction camera and 1 additional light sensor.

With up to seven profiles, the display area of the MBUX Hyperscreen for the front passenger can be individualized.