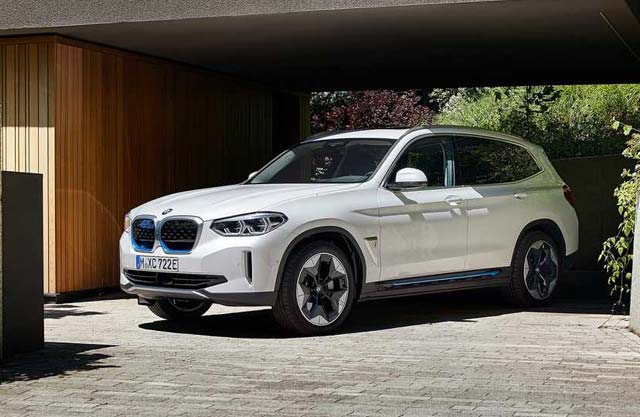 The new plug-in hybrid variants of the BMW X2, BMW 3 Series and BMW 5 Series underscore the BMW Group’s leading role in the premium electrified segment in Europe and worldwide. Deliveries of the fully-electric BMW iX3 will begin before the end of 2020.

Next year, the BMW Group will continue the systematic electrification of its model line-up, with the fully-electric BMW i4 and the BMW iNEXT. The company plans to have more than seven million electrified vehicles on the roads by 2030; two thirds of them fully-electric.

By 2023, the BMW Group will offer customers no fewer than 25 electrified models – including a fully-electric variant of the next-generation BMW 7 Series, the BMW X1 and the BMW 5 Series. Customers will be able to choose between the pure electric vehicle, a plug-in hybrid, an efficient diesel and a petrol version with 48-volt technology.

MINI models are also contributing to sales success in the field of electromobility. The fully-electric MINI Cooper SE has proved particularly popular with customers, with around 10,000 units sold in the year to date.

“Thanks to our strong model line-up, we were able to increase our third-quarter sales year-on-year, despite the lasting effects of the coronavirus pandemic,” said Pieter Nota, member of the Board of Management of BMW AG, responsible for Customer, Brands, Sales. “We are especially pleased with the sales growth of almost 50 percent in electrified vehicles. This makes electromobility a substantial growth driver. We have already delivered around 10,000 fully-electric MINIs since the start of the year. This shows how much our customers appreciate this car,” Nota continued.