The Recovery Will Be Driven by Electric Vehicles 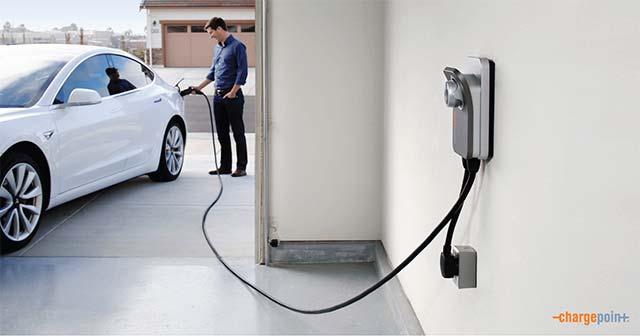 Last week, more than 200 top UK firms and investors, including Heathrow, HSBC and the National Grid, have called on Boris Johnson to set out a green Covid-19 recovery plan that prioritises the environment. Businesses are placing increasing pressure on the government to introduce policies and schemes which promote a green recovery from COVID-19, including incentivising electric vehicle sales and infrastructure. Electric Fleets and electric vehicle infrastructure have a vital role to play if the UK wants to reach its net-zero goals by 2050.

The government’s ambitions to ban the sale of all petrol and diesel vehicles by at least 2035 are laudable, but the recent pandemic has left many wondering whether it is realistic in such unforeseen circumstances. We have a chance to, as the United Nations (UN) puts it,  “build back better.” How governments respond in the coming weeks and months will have a lasting impact on economies, health and the environment for generations to come.

Whilst the UK has seen registrations for EVs more than double with the rest of Europe, we still have things to learn from our neighbours. The proportion of EV sales as a percentage of new domestic auto sales is at 7.2% for 2020 so far, an impressive increase, but still far behind the Netherlands, at 14%, and Norway, at a staggering 75%.

It is imperative that the UK follows in the footsteps of the EU, which plans to invest 80 billion euros (£71.6 billion) to boost electric vehicle sales and double the investment in charging networks. There’s a reason for optimism. The Government has now announced £500 million to expand the country’s charging network, with the Prime Minister promising that “everyone in England and Wales [will be] within 30 miles of an electric vehicle charge point”. This has to be done through a mix of private and public, workplace and home charging. But how do we get enough drivers to fill them?

How We catch Up

So how do we catch up with our near neighbours when they are so far ahead? As well as the government’s financial support, we should look to the innovation and growth in the UK’s private sector charging businesses. Companies like ChargePoint, are building strong and innovative charging businesses in the UK by vastly improving the quality of product and standard of service. ChargePoint fundamentally believes that optimising the driver’s experience of charging is our primary purpose. It drives everything from our approach to product design to our business model of delivering open, networked charging solutions for home, workplace, fleet and public settings. The government’s £500m is welcome and will hopefully unblock some of the expensive site set-up costs associated with rapid charging, but ChargePoint are also working behind the scenes investing our own capital and resources into making the charging experience on a par with our international neighbours.

The Netherlands also offers an excellent example of how to build confidence in the charging network. The Dutch approach emphasizes close collaboration between industry, government and competing companies. This is done by ensuring all players are operating on an Open Charge Point Protocol (OCPP) or the Open Clearing House Protocol (OCHP), for example. These standards allow for efficient communication between charging stations, the grid, and back-end offices to ensure interoperability in both operation and payment. This means Dutch drivers can rest assured that if they pull up to any charging station, they can use it.

In the UK, whilst companies such as my own, ChargePoint, operate under these same protocols, many of the big players do not open up their stations to roaming, meaning that drivers are discouraged from electrifying as the pool of chargers open to them is smaller and much more complicated to enter.

Many other countries are also seeing the benefit of encouraging fleet electrification. Prior to the global pandemic, retail giant Amazon ordered 100,000 delivery trucks from electric start-up Rivian and UK EV-maker Arrival secured a £340 million commitment from United Parcel Service (UPS) for 10,000 delivery vans, with an option to purchase 10,000 more. In addition to increased investments in fleet electrification, there are new opportunities to partner with businesses, fuelling centres, utilities and Government to bring fleets and drivers even more charging options.

Benefits for people, the planet and the purse

Last week the Committee on Climate Change (CCC) reinforced its view that the mass adoption of electric vehicles as the “least-cost pathway” toward achieving the Government’s goal of net-zero greenhouse gas (GHG) emissions by 2050, and called for the phase-out of petrol and diesel vehicles by at least 2032.

However, electric vehicles aren’t only good for people’s purses and the planet—they’re good for public health. A new Canadian study found that if all ground transport (including cars, transit and fleet vehicles ) in Toronto were electric, the resulting drop in air pollution would result in annual health savings of £4.5 billion. That means each EV on the road is worth £8,000 in life-saving benefits! Researchers say their findings “could apply to nearly every city in the world.”

According to the IEA research, making targeted investments and implementing certain programmes such as fuel efficiency and emissions standards and scrappage schemes could save or create nearly 9 million jobs annually and boost global economic growth by more than one per cent a year, while also reducing global GHG emissions by 4.5 billion tonnes by mid-decade. The installation and manufacturing of electric charging points alone could support around 15 jobs per million pounds of investment.

So, in short, the government now has the opportunity to not only bring about a revolution in travel that offers a cleaner, quicker and more affordable travel but to do so in a way that benefits the UK economy substantially – a real green recovery. At long last, the will to address climate change could be addressed.