From concept to reality: Designing the Jaguar I-PACE 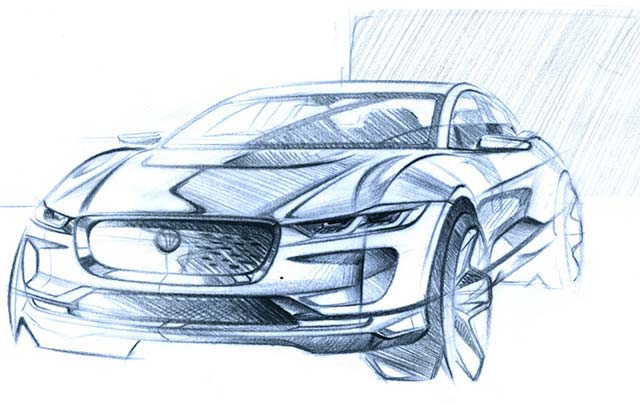 From concept to reality. Formula E explores the story behind the design of the latest electric vehicles to come from the ABB FIA Formula E Championship stable.

Here’s the story of how Jaguar’s first fully-electric car, the I-Pace electric crossover, came to be.

“The design and the proportions of a car communicate not just the brand to the world but they describe what the car is for and who it’s for,” says Dominic Najafi, Jaguar’s Chief Creative Designer for exterior in the minimalist surroundings of London’s Design Museum. 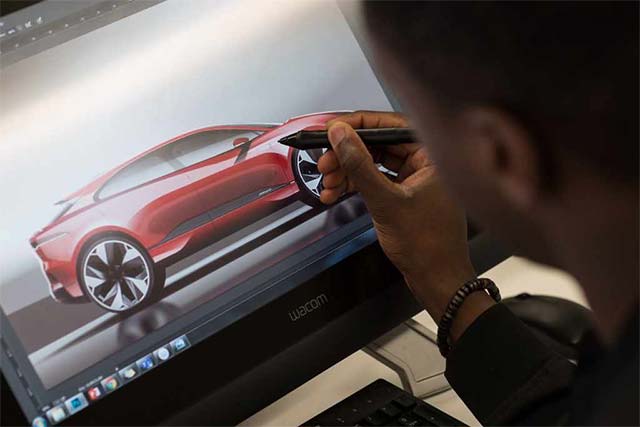 When Jaguar first revealed the I-Pace concept at the Los Angeles auto show in 2016, it signalled a radical departure from the norm for the plucky British car brand. Not only was it the marque’s first foray into the world of fully-electric mobility, but it looked different to anything that had gone before it.

Now, just four years since the covers first came off the concept car, Jaguar has already completed a full season of close-combat city street racing with the I-PACE eTROPHY, as the first official support series to the ABB FIA Formula E Championship. Looking back at how the car came to be, Formula E explores the design of the I-PACE with the team that shaped it. 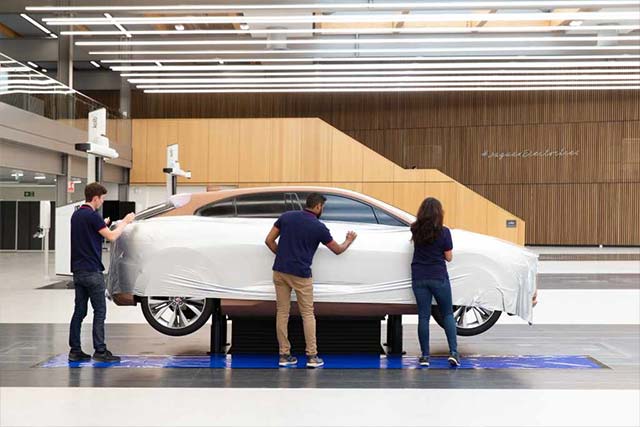 “When we look back through past cars, at something like the E-Type Jaguar for example – with its long bonnet and engine in the front – the design actually originates from the horse and cart,” says Najafi.

“In the old days, the wealthier you were, the more horses you had pulling the carriage and the faster you went. The long stretch from the fender line of a front-engined sports car is like the reigns leading from the horse to the cab,” explains the designer.

“In a mid-engined car, where the engine sits just behind the driver, the bonnet is very short. This design originates from motorsport and performance. 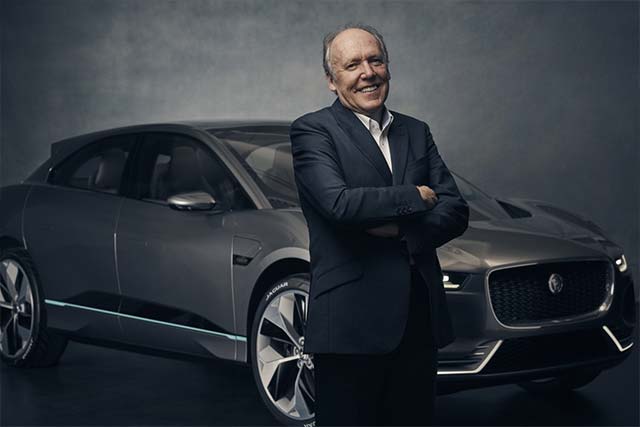 “Then, you get to electric cars and suddenly there’s a new opportunity for an entirely new design. We could create what we wanted! With no big engine, you don’t need the big bonnet and you don’t need the typical change in proportion for the cab.”

When the first production I-PACE was revealed at the Geneva motor show in 2018 – the same time the Formula E Gen2 car was revealed to the world – Jaguar’s Design Director Ian Callum revealed the I-PACE was partly inspired by Jaguar’s mid-engined hybrid supercar concept. “Because it’s a Jaguar the proportions had to be exciting, so we developed a cab-forward profile inspired by our hybrid supercar concept – C-X75,” said the design boss.

But it is the I-PACE’s all-electric powertrain that gives the car it’s unique visual presence, differentiating it from the competition. “The I-Pace’s electric powertrain offered us unprecedented design freedom,” explained Callum at the launch.

“Starting with a clean sheet enabled the dramatic cab-forward profile, unique proportions and exceptional interior space – yet it is unmistakably a Jaguar.”

Now, with Jaguar heavily committed to an electrified future with a successful Formula E squad in shape of Panasonic Jaguar Racing and it’s own I-PACE eTROPHY support series taking place on the same city street circuits, we can expect many more electrified designs to come from the UK carmaker in the coming years.