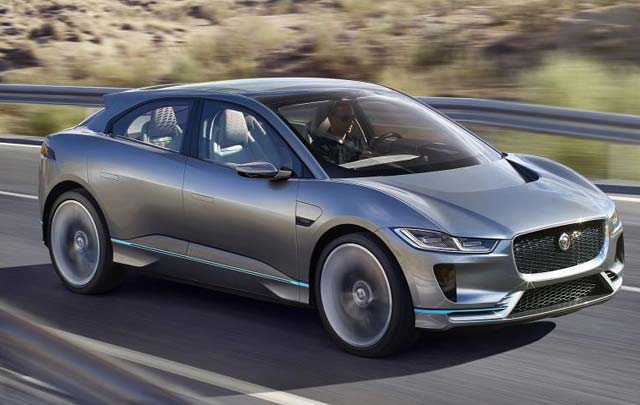 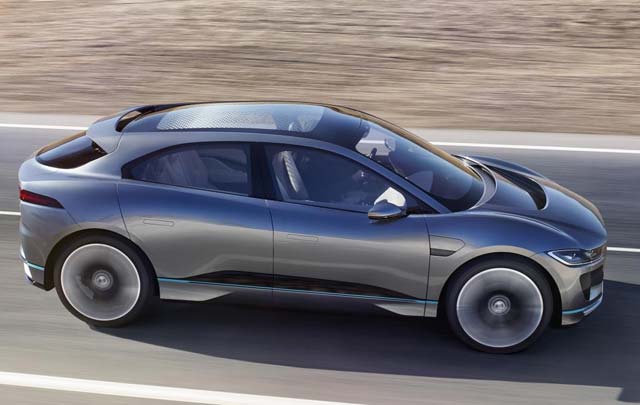 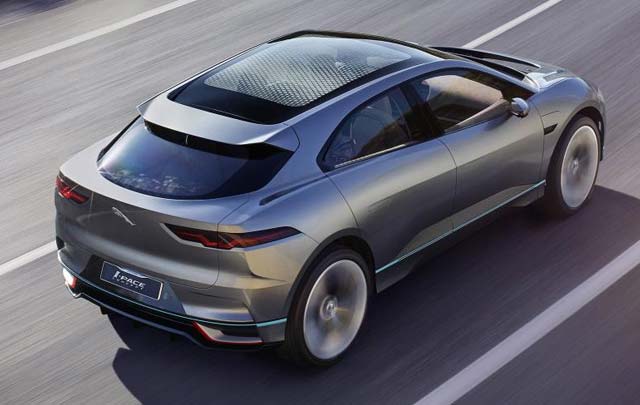 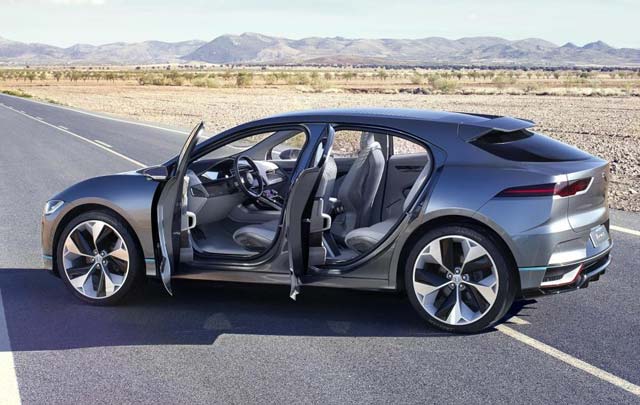 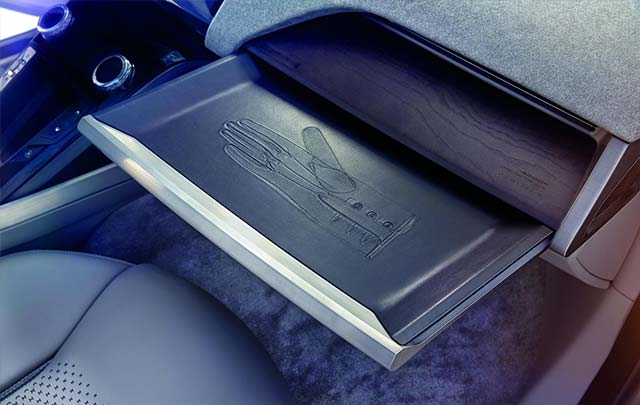 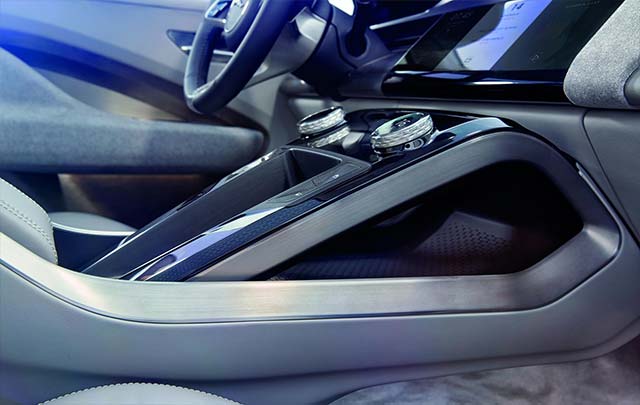 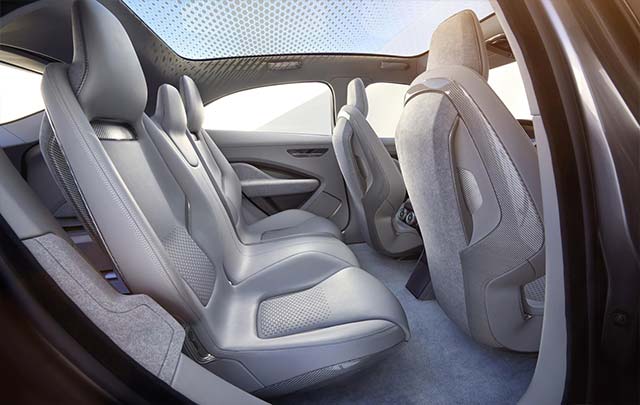 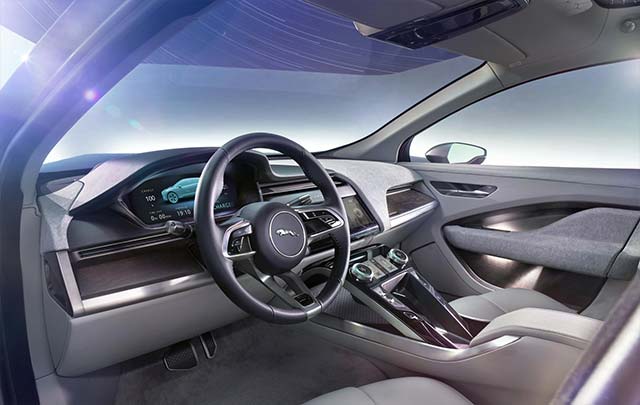 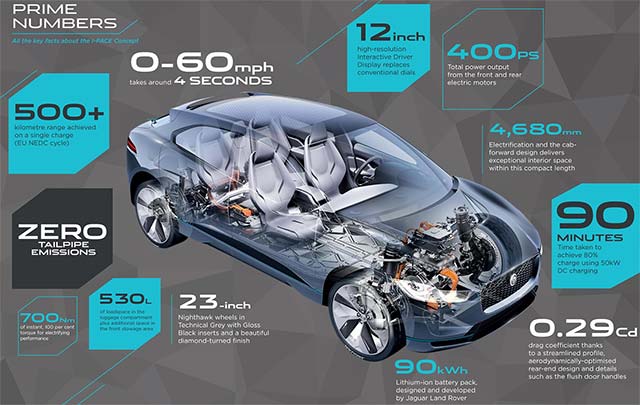 The Jaguar I-PACE Concept SUV is the start of a new era for Jaguar.  This is a production preview of the Jaguar I-PACE, which will be revealed next year and on the road in 2018.

Jaguar’s engineering and design teams have torn up the rule book to create a bespoke electric architecture, matched with dramatic design. The result is a no-compromise smart, five seat sports car and a performance SUV in one.

The Jaguar I-Pace will take on Tesla’s Model X, the Audi e-tron and a production version of the Mercedes Generation EQ concept shown at the Paris Motor Show in September.

The Jaguar I-PACE Concept is one of the most visually arresting concepts ever produced by Jaguar. Taking full advantage of the packaging freedom offered by electrification, the design and engineering teams took the opportunity to rethink the vehicle’s overall proportions.

The result is an exceptional vehicle that combines an advanced cab-forward design inspired by the C-X75 supercar with the smooth silhouette of a coupe – in a five-seater SUV. The I-PACE Concept embodies the technological advances under its skin – and the Jaguar design team’s belief that consumers are ready for bolder electric vehicle designs.

The I-PACE Concept delivers the driver-focused performance and response Jaguar is renowned for. To deliver this, it has electric motors at the front and rear axles. Together these deliver 400PS and 700Nm of instant torque.

The I-PACE Concept’s range is more than 500km (310 miles) on the European NEDC combined cycle and more than 220 miles (354km) on the US EPA cycle. With an average daily commute of 40-50km, most customers will need to charge the car just once a week. The battery can be charged at public charging stations, a dedicated wall box at home, or simply using conventional domestic power sockets.

Charging is easy and quick, with 80 percent charge achieved in 90 minutes and 100 per cent in just over two hours using 50kW DC charging.

Energy storage in the I-PACE Concept is a liquid-cooled 90kWh lithium-ion battery pack, designed and developed in-house. The battery’s housing is lightweight aluminium and forms an integral part of the I-PACE Concept’s body structure.

The battery uses pouch cells selected for their energy density, superior thermal performance due to lower internal resistance, and because of the design freedom they afford. And, unlike some competing cell formats, they also offer excellent future development potential, especially in terms of energy density – this will enable greater range for a given size of battery, or will deliver similar range to today but from a smaller, lighter pack.

The pack is liquid-cooled using a dedicated two-mode cooling circuit. In moderate ambient temperatures the battery improves efficiency by relying only on a radiator to remove the heat generated by the cells. At higher temperatures a chiller linked to the vehicle’s main air conditioning system provides greater cooling capacity to keep the battery in optimum condition.

Energy efficiency is further enhanced by integrating a state-of-the-art heat pump into the climate control system. The heat pump is far more efficient than conventional electric heaters because it uses energy from the outside air to heat the cabin rather than relying solely on drawing current from the battery. As a result it can increase the I-PACE Concept’s range by up to 50km, even in freezing winter conditions when most needed. 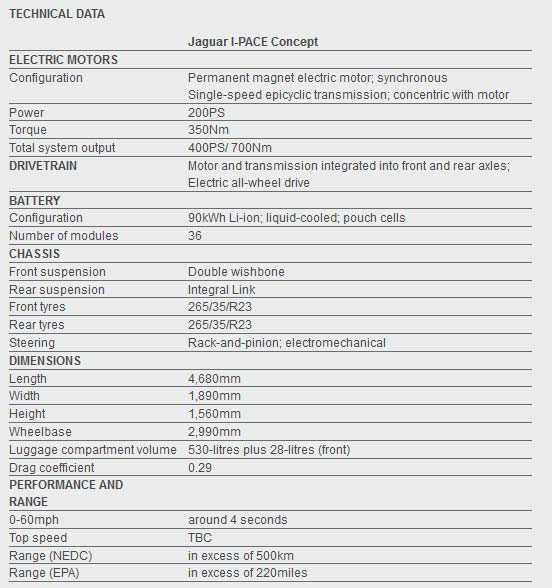 Nov 15, 2016Blagojce Krivevski
BMW and PG&E partner on next phase of ChargeForward programReport: Electric cars sales in Europe doubled in 2015