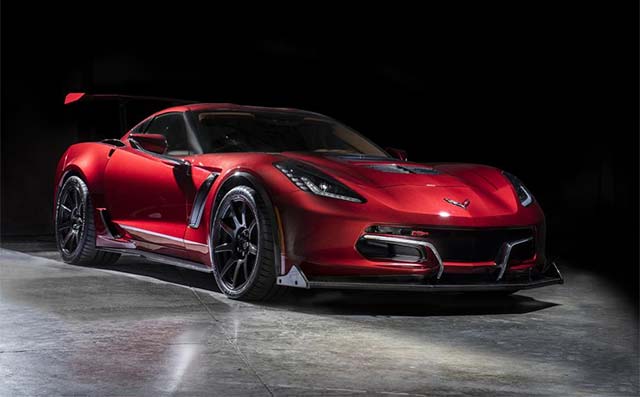 Genovation Cars announced that their 2019 GXE all-electric supercar broke the top speed record previously set by the company in 2016.

“During testing, we broke our speed record that was set in 2016. This a testament to Genovation’s continuous improvement philosophy that guides everything we do to enhance the capabilities of the GXE,” said Andrew Saul, CEO of Genovation Cars, Inc. “It’s gratifying for the Genovation Team to see the results of the thousands of hours that were spent refining and testing the car to achieve this world record.”

The GXE was designed from the ground up to have a low center of gravity and near 50/50 weight distribution; a true driver’s car. The GXE also comes equipped with a programmable active suspension, carbon ceramic Brembo® brakes, state-of-the-art carbon fiber wheels supplied by Carbon Revolution, ultra-high fidelity 10-speaker JBL stereo, a 10.4-inch custom high definition center console touchscreen and bespoke exterior and interior. The all-electric supercar comes available with either a 7-speed manual – an all-electric supercar category exclusive – or an 8-speed paddle shift automatic transmission.

In normal driving operation, the Genovation GXE delivers a range of more than 175 miles on a full battery charge, imperative to ultra-high performance and efficient daily-driver convenience.

The Genovation GXE will be produced in a limited-edition run of 75 units, with initial customer deliveries scheduled in early 2020.