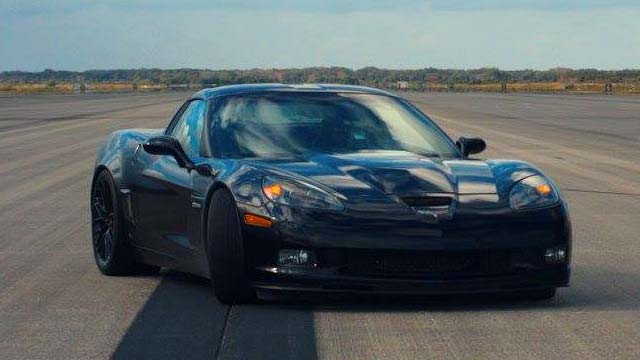 The GXE reached the record breaking speed of 205.6 mph during supervised tests with Johnny Bohmer Racing at Space Florida’s Shuttle Landing Facility in Kennedy Space Center, FL. The record was certified by the International Mile Racing Association (IMRA). The previous record, which also was held by Genovation, stood at 186.8 mph.

The GXE is a Z06 Corvette that has been re-engineered by Genovation to be a performance driven all-electric vehicle. The GXE includes a state-of-the-art battery management system, inverters, batteries and electric motors that produce in excess of 600-hp and 570 lb-ft of torque.

The car has a range of 130 miles during normal driving operation with a near 50/50 weight distribution and is optimized for a low center of gravity. The GXE is truly a performance vehicle that is meant to excite drivers with its speed, responsiveness and efficiency.

Genovation is currently in the testing and development phase for its GXE and is planning to begin accepting preorders for limited edition vehicles in Q3 2016.

“We are thrilled that after setting a record earlier this year, we were able to further enhance the GXE’s performance and break our own record,” said Andrew Saul, CEO of Genovation. “We have managed to create a car that is both exhilarating for drivers and gentle on the environment.”