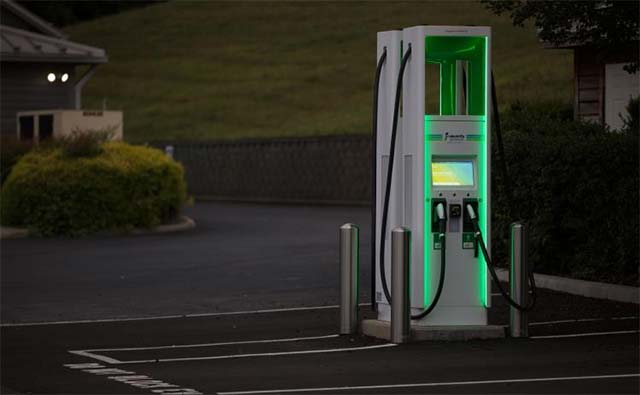 Electrify America today announced that its National Zero Emissions Vehicle (ZEV) Investment Plan for Cycle 2 is now available and that the company will start executing on the plan this year. Cycle 2 is a 30-month investment period that begins in July 2019.

The $300 million investment announced today will build on Electrify America’s initial priorities and expand into new areas, where the need for electric vehicle charging stations and technology are greatest or are most likely to be used regularly.

“At Electrify America, we understand that we have a significant role to play in bringing the United States into the age of electric cars,” said Giovanni Palazzo, president and chief executive officer of Electrify America. “This Cycle 2 plan allows us to further accelerate progress on our goal of making electric vehicle charging more available, more accessible and easier for drivers to use.” 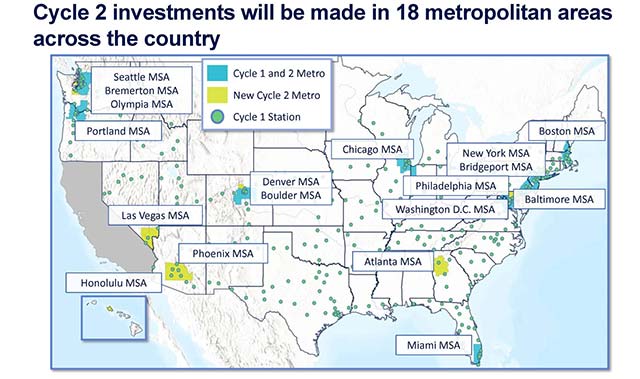 Highlights of the National Cycle 2 ZEV Investment Plan include:

Electrify America also will continue to invest in these Cycle 1 metros:

In Cycle 2, Electrify America also will broaden its investment in existing metros by adding:

These metro areas are expected to account for more than 50% of expected battery electric vehicles (BEVs) in operation outside California through 2022 (Navigant, 2017). Metro DCFC stations will be placed in retail locations and are intended to serve EV drivers in their daily fueling needs. Select DCFC stations also will be installed near multiunit dwellings (MUDs), expanding access to drivers who reside in apartment complexes and similar communities. Finally, Electrify America will invest in DCFC stations specifically designed to serve shared mobility drivers (car share, taxis, and transportation network company (TNC) drivers) to ensure that these high mileage drivers and passengers are able to enjoy the benefits of ZEV adoption conveniently and cost effectively.

Efforts will primarily focus on boosting awareness and consideration by informing the general public of the benefits of ZEVs through traditional media advertising, similar to Electrify America’s Cycle 1 “JetStones” TV/radio campaign, and could broaden to include encouraging customers to research ZEVs and test drive the vehicles.

The National ZEV Investment Plan benefited from collaboration with public and private sector stakeholders throughout the ZEV ecosystem and a comprehensive national outreach period, during which Electrify America received nearly 800 submissions and conducted follow up with many of the submitters.

Electrify America was established to implement the ZEV Investment Commitment, a part of Volkswagen’s Court-approved settlement involving 2.0 liter diesel vehicles in the United States. The ZEV Investment Commitment includes four 30-month investment cycles that will direct $1.2 billion in electric vehicle infrastructure and education programs in states except California for a ten year period, and investment in each cycle is laid out in a National ZEV Investment Plan. In addition, under separate plans, Electrify America will invest $800 million in California, one of the largest ZEV markets in the world.

The Environmental Protection Agency recently acknowledged that the Cycle 2 National ZEV Investment Plan is consistent with the requirements of the settlement and is now final.

The public versions of the National and California Cycle 2 ZEV Investment Plans are available at electrifyamerica.com/our-plan .