Audi takes a stand on electric driving in Geneva 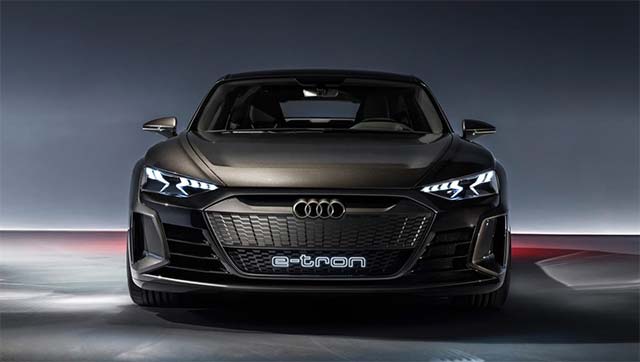 In a first for Vorsprung durch Technik the Audi stand at the 2019 Geneva Motor Show will be exclusively occupied by electrically powered models. The world premiere of the Audi Q4 e-tron concept and the European reveal of the Audi e-tron GT concept will take place on the stand in Hall 1 at the Audi press conference starting at 8:00 a.m. (CET) on March 5, 2019.

In all, a total of four all-electric cars will headline for the brand, all of which will have been rolled out in series production form by the end of 2020. In addition four new plug-in hybrid models will also make their debuts, and the world of Formula E racing will be represented by the latest Audi e-tron FE05 racing car.

Chairman of the Audi Board of Management, Bram Schot: “We have set ourselves a clear goal – one in three new Audi vehicles sold will have electrified drive in 2025 already. Because we are pursuing a clear vision – we are committing ourselves to emission-free mobility.”

Deliveries of the Audi e-tron, the first member of this new quartet of electric vehicles, are set to begin soon. The series-production version of its coupé equivalent, the Audi e-tron Sportback, will be introduced later in 2019. Another electric car – the Audi Q2 L e-tron – will be presented in a few weeks in China and will reach its first customers in that market in 2019. Two further series-production debuts will then follow in 2020: the Audi e-tron GT and Audi Q4 e-tron. Concept cars on the stand in Geneva provide a look at these two future models.

Before this, in 2019, a brand plug-in offensive involving virtually all market segments will take place. New to the range are hybrid versions of the high-volume product lines Audi A6, A7, A8 and Q5 – they are also making their public debut at the Geneva Motor Show. Both of the established plug-in versions of the Audi A3 and Audi Q7 will also be reinstated in their respective ranges – with revised technology – in 2019.

In the future, a total of four technical platforms and product families will be the foundation for offering electric vehicles in every segment from A to D. Close collaboration between the Technical Development of other Group brands leverages the synergies required for a broad, global range.

The Audi e-tron and e-tron Sportback use components from Audi’s modular longitudinal platform. This and numerous innovative technologies, primarily in the area of drive systems, are giving rise to a separate product family of e-SUVs with electric quattro all-wheel drive. Fast charging with up to 150 kW and a range suitable for long-distance journeys promise full everyday use.

In 2018 Audi presented the first model to use another of its e-platforms: The Audi e-tron GT concept showcar, a highly dynamic coupé with a low floor, made its debut at the Los Angeles Auto Show. The technology in this car was developed in collaboration with Porsche; the design and character of the e-tron GT concept are packed full of unmistakable Audi DNA.

Another joint project of the development departments at Audi and Porsche is the Premium Platform Electric (PPE). It will be the foundation for multiple Audi model families with all-electric drive covering the high-volume B through D segments. Both SUVs and classic body concepts are planned here with a low vehicle floor. A major strength of the PPE is that it was developed exclusively for electric drive. This offers advantages with respect to weight, packaging and the proportions of the body.

Several Volkswagen Group brands are collaborating on the development of the modular electrification platform (MEB), which serves as the basis for a series of Audi e-models, particularly in the high-volume A segment.

AUDI AG will also greatly expand its range of plug-in hybrid automobiles. “In the future, virtually every market segment will include models powered by a combination of an electric motor and a combustion engine and that can be charged at an electric outlet,” says Chairman of the Board of Management Schot.

Feb 28, 2019Blagojce Krivevski
SEAT to unveil its first EV based on the Volkswagen Group MEB platform in Geneva41 Models of Light-Duty Plug-In Vehicles Were Available in Model Year 2018