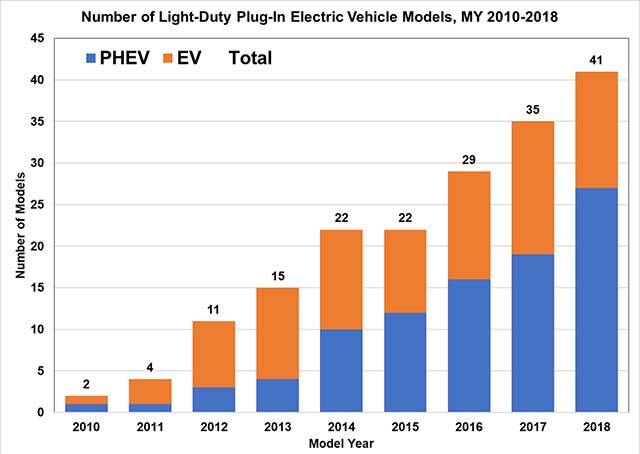 The first two mainstream plug-in electric vehicles, the Chevrolet Volt and the Nissan Leaf, debuted in 2010.

The total number of plug-in electric models has grown for every model year except for 2015, in which the number of PHEV and EV models changed, but the total available stayed constant.

The model counts include only one record per model name, even if some models have multiple configurations (i.e., Tesla Model S has various battery sizes and drive configurations, but it was only counted as one model).