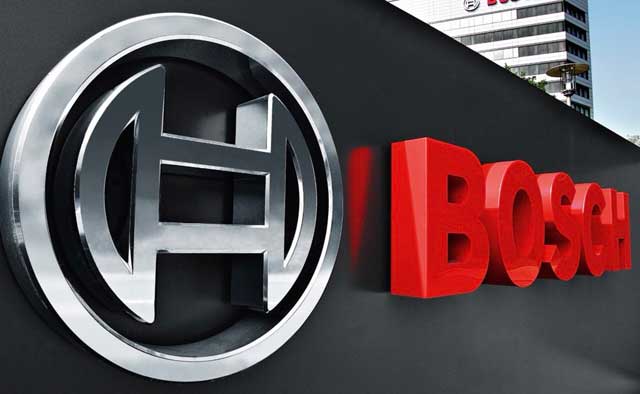 Bosch is pressing ahead with the development of fuel-cell technology for potential new power systems. Together with the technology specialist Ceres Power, based in Horsham, U.K., the company wants to develop the next stage of solid-oxide fuel-cell (SOFC) technology.

Bosch also plans to take a 4 percent equity stake in Ceres Power. The two companies signed a collaboration and license agreement for the further development of technology, and establishment of small-volume production operations at Bosch, as well as a share purchase agreement, on August 20, 2018.

Ceres Power is a leading player in the development of next-generation SOFC technology. Its strategy is to commercialize its technology through mass production with partners, and to use this technology for grid-based and distributed power generation. The intention is that SOFC systems will be used in cities, factories, and data centers, and also as a power supply for charging points for electric vehicles.

“Bosch believes that the highly efficient fuel cell, with its very low emissions, has an important role to play in energy systems’ security of supply and flexibility,” says Stefan Hartung, the Bosch management board member whose responsibilities include the Energy and Building Technology business sector. “Fuel-cell technology will bring the move to alternative energy a step closer, and we will be working on this with our development partner Ceres Power.”

With urbanization on the increase, fuel-cell technology has a crucial role to play in securing power supplies: by 2050, it is expected that more than 6 billion people worldwide – 70 percent of the global population – will live in cities. Even now, the world’s metropolises account for 75 percent of the energy consumed worldwide. By 2035, global energy consumption will have increased 30 percent. In the future, meeting this increased demand for electricity solely with large, centralized power stations will not be possible.

“The vision for our partnership with Bosch is to set a new industry standard for solid-oxide fuel cells, leading to widespread adoption in distributed power supplies. By combining Ceres’ unique Steel Cell technology with Bosch’s engineering, manufacturing, and supply chain strength we will establish a strong partnership that can make our technology even more competitive and prepare it for potential mass production,” says Phil Caldwell, the CEO of Ceres Power.

SOFC technology uses an electrochemical reaction in the fuel cell stack to convert fuel such as natural gas or hydrogen into electricity. The environmental benefit is considerable, with much lower emissions than from power stations that use a combustion process.

Together with Ceres Power, Bosch will work on making SOFC technology available for various applications: the vision is to have small power stations set up throughout cities, as well as in industrial areas. Because these standardized plants are highly flexible, they will be able to cover peak demand better, as well as faster, than conventional plants. The aim is for one SOFC module to generate 10 kW of electrical power. Where more electricity is needed, any number of modules with the same output can simply be interconnected.

Using fuel cells, considerable power can be generated locally and highly efficiently and practically without emissions. In this way, discrete areas can be created that are largely independent of centralized power supplies. In addition, SOFC systems are an ideal partner for renewable forms of energy. For example, they can help balance intermittent renewables and in the future convert “green” hydrogen into electricity with little environmental impact.