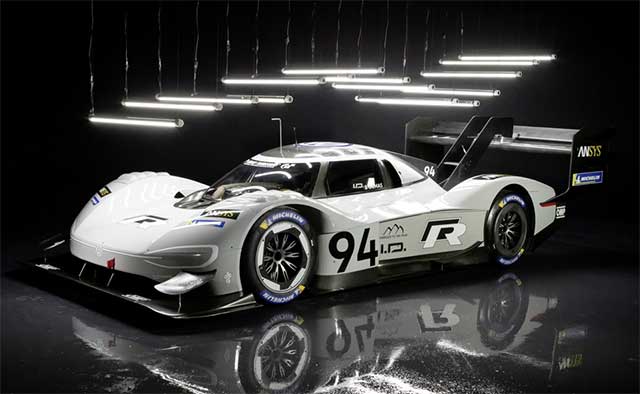 Two months after the historic, record-breaking triumph at the Pikes Peak International Hill Climb, the I.D. R Pikes Peak is set to make a first return visit to the United States: the first fully electrically-driven race car from Volkswagen will be appearing at the Pebble Beach Concours d’Elegance on 26 August.

The globally renowned event is one of a kind, a unique exhibition – for exceptional historic automobiles and for innovative concept cars. It represents the highlight of the Pebble Beach Automotive Week, which is taking place this year from 21 to 26 August.

The historic event, which has taken place every year since 1950 at the 18th hole of the Pebble Beach Golf Links, near Monterey in the US state of California, has not been chosen at random: one year ago, it was the venue chosen to present the I.D. BUZZ. This year, the 500 kW (680 PS) I.D. R Pikes Peak will be the centre of attention. It is the sporting forerunner of the I.D. family, the range of fully- electrically driven production vehicles that Volkswagen will be bringing to market from 2020.

The I.D. R Pikes Peak will be joined on stage at the Concours d’Elegance by another Volkswagen newcomer: the Volkswagen Atlas Tanoak. The first pick-up based on the MQB platform will enjoy static presentation at the McCall’s Motorworks Revival on 22 August, during the Pebble Beach Automotive Week, and it will be in motion together with the Volkswagen Atlas Cross Sport on 17-Mile Drive, the coast road along the Monterey peninsula, on subsequent days. Both models celebrated their world premiere in spring, at the New York Auto Show. Volkswagen’s top management will also be represented in Pebble Beach: Hinrich J. Woebcken, CEO of Volkswagen North America, and Head of Design Klaus Bischoff will be available to answer journalists’ questions.