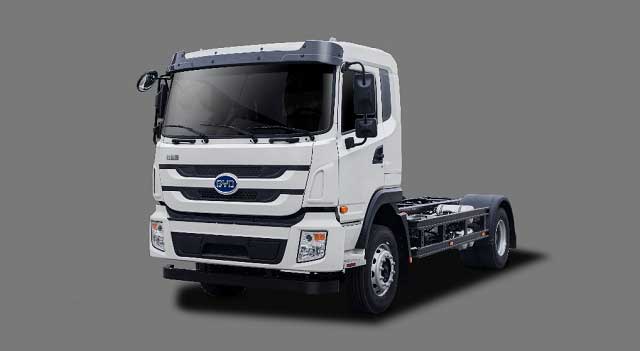 Chinese electric vehicle maker BYD has signed a deal to deliver 200 pure electric heavy duty garbage trucks to Brazil, the largest partnership of its kind for the company in Latin America.

The collaboration with Brazilian garbage collection agency Corpus Saneamento e Obras Ltd (Corpus) will see the first 20 BYD T8A trucks delivered to the Brazilian city of Indaiatuba, São Paulo in September. The rest of the order will be fulfilled in stages up until 2023.

The pure electric trucks which will be manufactured in the south-central Chinese city of Changsha, can be operated for over a hundred kilometres on a three-hour single charge. The heavy duty garbage truck developed by BYD, has a weight of up to 21 tons when fully loaded, as well as a maximum power output of 180 kW and a torque of 1500Nm.

“Vehicle emissions and noise pollution are major problems in cities,” said BYD President and Chairman Wang Chuanfu who was present at the ceremony. “BYD’s technology solves these issues while making Brazil an even better place to live.”

BYD has built two factories in Brazil’s Campinas city since entering the market in 2010. The facilities which manufacture buses and solar panels have created 500 good-paying jobs for local community. The company’s pure electric e6 also operates as police vehicles.

“This purchase is a natural progression for us after a successful trial in October 2016. We are very proud to be the first in Latin America to operate a fleet of this nature and scale,” said Corpus President Andre Valente.

BYD sold around 130,000 units of new energy vehicles in 2017, ranking number one in global new energy vehicle sales for the third consecutive year. BYD’s electric vehicles have a footprint in more than 200 cities across 50 countries and regions.