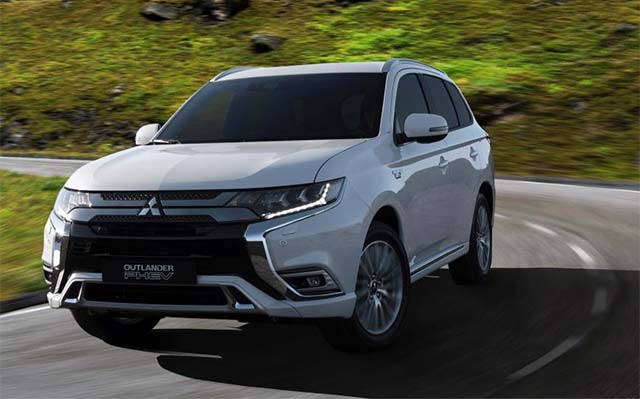 2019 model year Mitsubishi Outlander PHEV, which will be introduced to the European market towards the end of the year, will celebrate its global debut at the next month’s Geneva Motor Show.

In 2013, and drawing on a background of 80 years of 4WD expertise, 50 years of electro-mobility R&D, and 30 years of rally winning all-wheel control technology, MMC launched the segment-defining Outlander PHEV plug-in hybrid electric Twin Motor SUV. MMC did so ahead of other car manufacturers.

Bringing together the very best of MMC technology, the Outlander PHEV is MMC’s flagship model. Its PHEV technology delivered important breakthroughs in cruising range, still a bottleneck in the EV category. The Outlander PHEV is the answer to customers who want to extend the range of their EV car journeys, and who want to go on other adventures rather than hunt for chargers.

The 2019 model year Outlander PHEV features a next generation system with both EV and SUV breakthroughs. More SUV and more EV than ever, the newest iteration unveiled in Geneva will push boundaries even further with – amongst others – a complete redesign of its powertrain, with sharper dynamics, a more refined interior, and a subtle design evolution.

The design: sharp and sophisticated
The outside appearance of the vehicle has been enhanced with a number of subtle improvements, such as new LED tech-look headlamps, rectangular front fog lamp bezels, a more substantial front grille with the DYNAMIC SHIELD visual identity, and a front centre cover skid plate. A more elaborate multi-spoke two-tone design for the new 18 inch alloy wheels, and the addition of a larger rear spoiler give the car a sharper and more sophisticated look.

Main specifications (full data to be released at launch time)