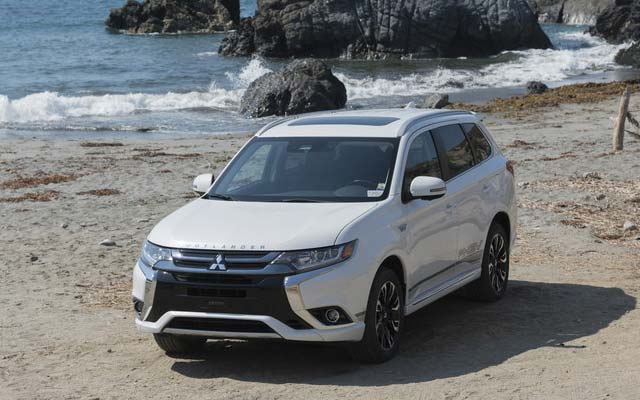 When it made its debut, initially in the Netherlands and Scandinavia, Outlander PHEV brought a new dimension to the European SUV segment. It was the best-selling plug-in hybrid vehicle in the region in each of the past three years (2015-2017).

Despite an ever-growing number of competitors, Outlander PHEV has stayed ahead of the pack thanks to constant evolution of the model. In 2017, Outlander PHEV retained the number one position in the UK, Norway and Spain.

Outlander PHEV is in the tradition of other engineering breakthroughs from Mitsubishi Motors, such as four-wheel drive (4WD) in 1936, electric powertrains in 1966 and SUVs in 1982. The Outlander PHEV is a mid-size SUV that offers an attractive combination of low environmental impact, ‘Super-All Wheel Control’ active safety, excellent reliability and low running costs.

Developed from a fully electric vehicle, Outlander PHEV has a unique architecture consisting of a front electric motor, a rear electric motor and no gearbox. This translates into benefits for drivers that include much lower weight (good for energy efficiency), a simpler layout and absolutely smooth operation, while being able to cover long distances fully loaded with reduced fuel consumption and CO2 emissions.

The Outlander PHEV was used by the Japanese delegation attending the 2015 United Nations Conference on Climate Change (‘COP21′) in Paris. It was the most ecological Compact-SUV in Germany (“Auto Test Sieger in Gruen”) for Auto Test and Oekotrend magazines in 2015, 2016 and 2017.

In 2014, one Swiss driver, Felix Egolf, managed to cover 700km in an Outlander PHEV, including 133km on highways, while using only 40.55 liters of petrol. A shepherd in Wales used the car to check on his flock as they were lambing – because it was so quiet that it didn’t upset the pregnant ewes.

Amid heated debates in Europe about the future of diesel and the place of the automobile in society, the achievement of this milestone vindicates Mitsubishi Motors’ ambition to offer new propositions for those who wish to embrace change.