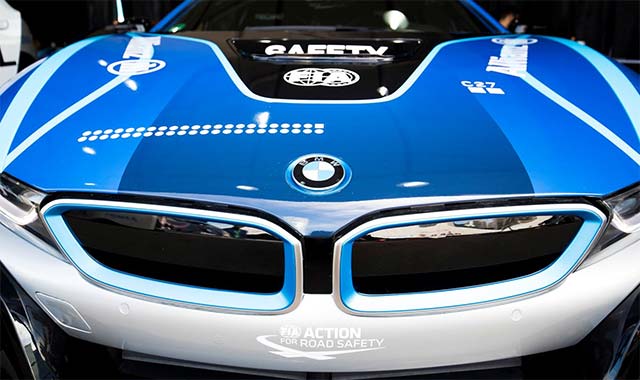 After nearly four years of working hand-in-hand with the FIA Formula E Championship, BMW’s plug-in i brand today announced an extension of its partnership as Formula E’s official vehicle partner.

With a relationship that dates back to the earliest memories of Formula E – all the way back to the series’ first race in Beijing in 2014 – BMW “believed in this project from the very beginning,” said Formula E’s Founder and CEO Alejandro Agag. “It’s a legendary brand in the world of sports and in the car industry and soon we will also have them in the pit lane trying to win.”

Having launched its futuristic hybrid i8 sportscar and all-electric i3 city car in 2013, “it was almost a logical step for us to get involved in Formula E with BMW i in 2014, said Jörg Reimann, Vice President BMW Brand Experience. “Formula E is breaking new ground in motorsport in many ways, just as BMW i does in terms of the mobility of the future, which is why the combination works really well,” Reimann added.

As new and improved Formula E cars made their debut on Hong Kong’s iconic Harbourfront, BMW’s sportier i3 city car – the i3s – will be on standby during the season as the official Formula E medical car. Alongside it will be the familiar BMW i8, which is used as the Qualcomm Safety Car, driven once again by Bruno Correia.

The news comes days after BMW revealed the i8 Roadster – the drop-top version of the hybrid sportscar.