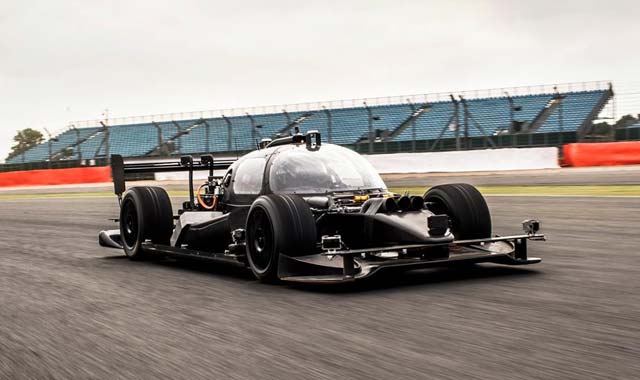 The primary purpose of the DevBot is to allow teams to develop their software and experience the hardware that will be used on the “Robocar”.

Unlike the futuristic-looking Robocar concept, the DevBot has a cabin that can be driven by a human or a computer allowing teams to fully understand how the car thinks and feels on a racetrack alongside the comprehensive real-time data.

The DevBot is equipped with the same drivetrain, sensors, computation systems and communication technology as the Robocar designed by Daniel Simon which will be revealed later this year.

RoboRace is a planned driverless series that will see 10 teams, each with two cars, compete to develop the best artificially intelligent controlled car. RoboRace events will be held before each Formula E event using the same circuits in major cities around the world.