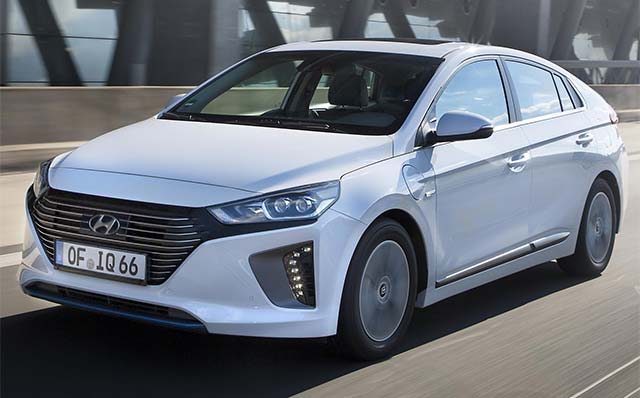 In the eighth edition of the Women’s World Car of the Year awards the Hyundai IONIQ has won the ‘Supreme Award.’ All three models, the IONIQ Electric, Hybrid and Plug-in, were treated as one car for voting purposes.

To identify the supreme winner, the Women’s World Car of the Year jury first voted for the winning models in six different categories such as family car, budget car, green car, SUV/Crossover, luxury car and performance car. The IONIQ came out on top in the Green car category and was then chosen as the supreme winner.

“Since entering the market last year, more than 23,000 customers in Europe have chosen the IONIQ range,” said Andreas-Christoph Hofmann, Vice President Marketing and Product at Hyundai Motor Europe. “The Women’s World Car of the Year award once again proves that the world’s first car offering hybrid, plug-in hybrid and all-electric powertrains in a single body type is a real champion. Already holding several ‘Car of the Year’ titles for its overall performance and design, the Hyundai IONIQ is one of the most decorated, best-valued eco-cars and a symbol of Hyundai Motor’s technical capability and innovative spirit.”

Among the technical highlights of the product range, the IONIQ Hybrid and IONIQ Plug-in provide class-leading fuel efficiency and low CO2 emissions of 92-79 g/km and 26 g/km respectively. The IONIQ Electric can travel 174 miles on a single charge, providing greater flexibility and peace of mind for customers seeking a zero-emission car with a practical driving range. The IONIQ Plug-in can drive up to 39 miles in pure-electric mode, increasing the possibility of fuel-free driving for those customers who typically cover shorter distances.

The Women’s World Car of the Year is the only car award in the world with an all-female jury. The jury consists of 25 established motor journalists from 20 different countries. Initially they nominated 420 cars before whittling them down to a top 60 list. They then voted by secret ballot, allocating points to each one. The final results are audited by international accountancy company Grant Thornton’s Auckland, New Zealand, office.

“The car that wins the supreme award has gone through a rigorous test by 25 judges from 20 different countries who are on the panel of Women’s World Car of the Year,” said Sandy Myhre, Chief Executive Officer of the Women’s World Car of the Year. “It’s a democratic process and cars that have won categories and the supreme winner really have to stand out.”