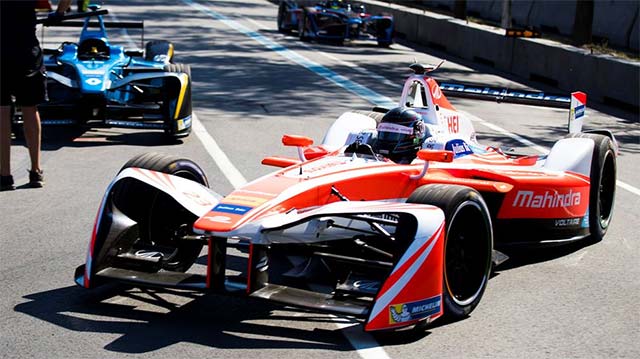 With a fully-electric racing pedigree stretching back to the inaugural FIA Formula E Championship race in Beijing 2014, Mahindra Racing has a reputation for bringing new technology to the track.

With the team’s first – and well deserved – win at the Berlin E-Prix last year still fresh in team boss and Principal Dilbagh Gill’s mind, Mahindra’s taste for victory and quest for the Championship title is stronger than ever.

With the Season Four opener in Hong Kong just weeks away, Umicore will be responsible for working on developing a new 12-Volt battery for the new Season Five car (2018), which powers critical systems such as the drivers’ display. With a background in developing and recycling high-tech materials, the company adds to both the team and Championship’s aim to drive forward sustainable motorsport.

“We are thrilled at the culmination of this innovative partnership,” said CEO and Team Principal Dilbagh Gill. “Sustainability as an outcome of whatever we undertake is non-optional, everything ahead of that is progress toward the next benchmark,” he added.

With experience fine-tuning everything from road bikes to racing cars and even rockets and satellites, Belgium-based design and simulation company Voxdale will work alongside the team’s engineers to further develop the car’s performance, boosting the team’s chances of another podium finish. Putting it all to the test is new Belgian development driver Sam Dejonghe, a young talent from the competitive world of international Touring Car racing.