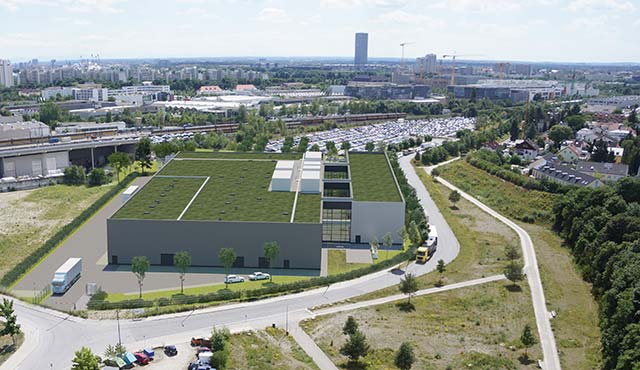 The BMW Group continues to focus on the implementation of its electro-mobility strategy, with the company concentrating all its technological expertise relating to battery cells at a new competence center. This interdisciplinary competence center aims to advance battery cell technology and introduce it into production processes.

The company will invest a total of 200 million euros in its new BMW Group Battery Cell Competence Center in Munich over the next four years, creating 200 jobs. The center will open in early 2019.

The BMW Group’s Strategy NUMBER ONE > NEXT makes electromobility, digitalization and autonomous driving clear technological focus points, strengthening Germany’s position as an innovation driver for mobility and the future technologies. As the leading supplier of premium mobility, the BMW Group concentrates on customer needs and wishes, playing a decisive role in advancing the ACES topics (Autonomous, Connected, Electrified and Services).

The battery cell is the heart of the battery. It determines performance, energy content, charging capabilities and lifespan, thereby making a significant contribution to the performance of an electrified vehicle.

In the labs, research and prototyping facilities, which will make up the battery cell competence center, specialist departments will analyst cell design and cell technology. They will also create prototypes of future battery cells, focusing on the chemical composition of the cells, use of different materials, how the cell behaves in critical or extremely cold conditions, charging and rapid-charging behavior and evaluating cell sizes and forms. This in-house technological expertise is key to enhancing the battery, thereby enabling higher performance capabilities.

The BMW Group will also gain build-to-print expertise and can then contract out production of battery cells produced to its exact product requirements and specifications. This core competence – which covers the entire value chain from selection of materials, cell design, integration into battery systems, manufacturability and production technologies – gives the company a definite competitive edge, while leveraging cost benefits and economies of scale.

The BMW Group has already completed years of research into battery cells and acquired a high level of evaluation competence, especially through the development of the BMW i models. The company will concentrate know-how from various specialist departments and locations at the new Battery Cell Competence Centre and step up its efforts in this area to achieve faster impact. Research findings will be incorporated directly into the latest battery generation.

The BMW Group is already developing the fifth generation of its electric drivetrain, for release in 2021, in which interaction between the electric motor, transmission, power electronics and battery have been further optimized.

A decisive advantage of this future electric drive is that the electric motor, transmission and power electronics are combined in a new and separate electric-drive component. With its compact design, this highly integrated new component takes up significantly less space than the three separate components used in previous generations. Its modular concept means that it is also scalable and can be modified for a wide range of different packages and performance levels, increasing flexibility and making it easier to install the new electric drivetrain component in different vehicle derivatives. Integrating the electric motor, transmission and power electronics into a single component uses fewer parts and therefore saves costs. 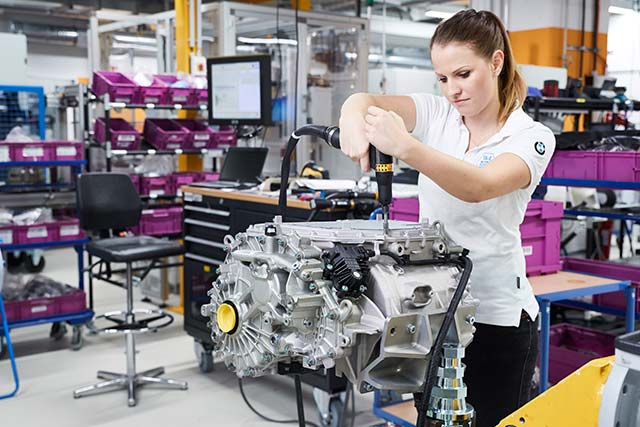 A further highlight is that the new electric motor does not require the use of rare earths, making the BMW Group no longer dependent on their availability.

Thanks to further development of the battery in particular, the new electric drivetrain extends the range of pure battery-electric vehicles to up to 700 km. In plug-in hybrid models, distances up to 100 kilometers are possible. In this way, the BMW Group continues to expand its innovation leadership in this field.

The flexibility of the new electric drivetrain component and upgraded modular battery will continue to ensure the BMW Group’s freedom of action in the future. Thanks to the scalable electric modular systems, from 2020 it will be possible to fit all model series with any drivetrain, according to demand. The fifth-generation electric drivetrain achieves high levels of driving performance and good range with much less weight. It will be integrated into both front- and rear-wheel drive flexible enhanced vehicle architectures, which will also be suitable for all drive forms. This flexibility means the company will be able to meet the predicted demand for several hundred thousand electrified vehicles in 2025.

The BMW Group benefits from a highly flexible production network that can respond quickly to demand for electrified models. All electrified vehicles are integrated into the existing production system.

The company already produces electrified vehicles at ten locations worldwide. The batteries needed for these models come from the three battery factories in Dingolfing, Germany, Spartanburg in the USA and Shenyang, China. The BMW Group plant in Dingolfing plays a leading role within the network as the centre of competence for electric drive systems.