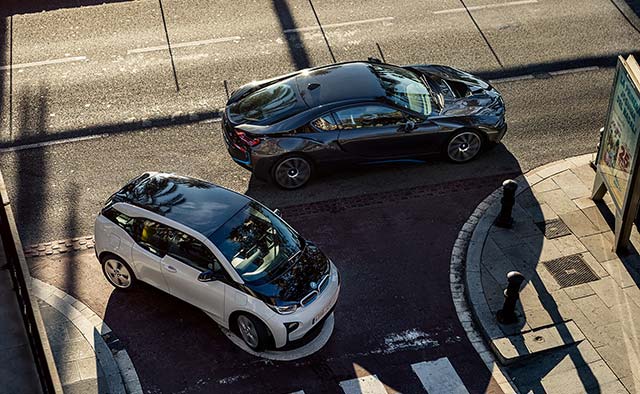 The BMW Group’s range of nine electrified vehicles boosted their sales by a total of 63.7% in the first ten months of 2017, with a total of 78,096 delivered to customers.

In October, BMW i and iPerformance vehicles made up around 8% of total BMW sales in the USA, France, the UK and the Netherlands, with electrified sales in Scandinavia accounting for over 30% of total BMW deliveries.

Independent research confirms the BMW Group’s leading position when it comes to combined sales of battery and plug-in hybrid electrified vehicles worldwide, with the company well ahead in Germany and Europe as a whole.

October also saw growth in overall BMW Group sales. For the first time ever at this point in the year, the BMW Group has delivered more than two million vehicles to customers around the world. A total of 2,008,849 vehicles have been sold in the first ten months of 2017, an increase of 3.4% on the same period last year.

Nov 14, 2017Blagojce Krivevski
UPS And NYSERDA To Convert UPS Diesel Delivery Trucks In NYC To ElectricMiles Traveled Will Soar While Sales of New Vehicles Will Slow by 2040, IHS study says