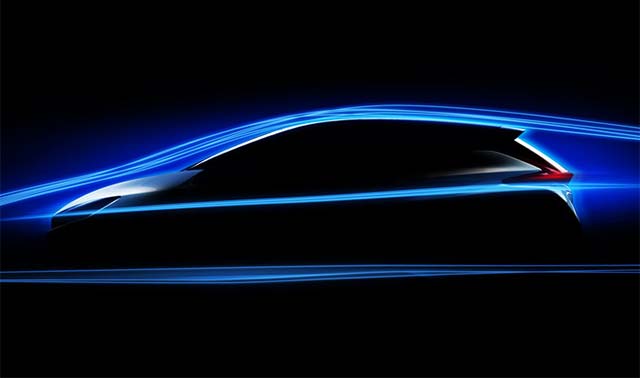 The new Nissan LEAF will feature improved aerodynamic design that makes it even more efficient, allowing drivers to travel farther on a single charge.

Aerodynamics is key to how efficiently an electric car moves. Less drag and better stability enable the vehicle to drive longer distances before having to recharge.

The redesigned next-generation Nissan LEAF is lower to the ground, helping it realize zero lift for better stability at high speeds. Other new design features significantly stabilize the car when hit by strong crosswinds.

Inspired by airplane wings, Nissan engineers recreated the ideal shape for the new LEAF, enabling a symmetric air flow that helps it slice through the air for a smoother, more efficient journey.

The next-generation Nissan LEAF will be the first vehicle in the automaker’s global product line-up equipped with ProPILOT Park – the technology helps drivers park by automatically guiding the car into a parking spot.

The all-new Nissan LEAF will also come with e-Pedal, a new technology that according to the Japanese carmaker transforms the way we drive. With the flip of a switch, the technology turns your accelerator into an e-Pedal, allowing drivers to accelerate, decelerate and stop using just the e-Pedal.