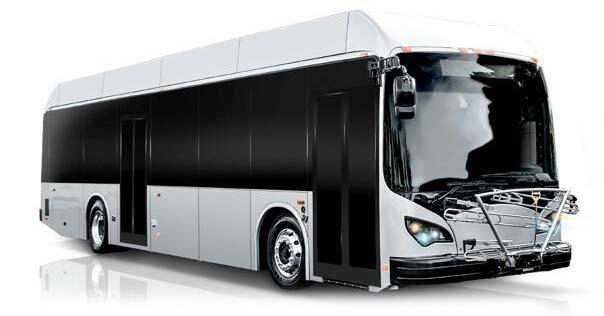 The Los Angeles County Metropolitan Transportation Authority, or L.A. Metro, voted unanimously to transition to zero-emission electric buses on all its routes by 2030.

BYD, a Chinese company with a manufacturing facility in Lancaster, California, has won a $66 million contract with the Los Angeles Metro to build 60 new electric buses for the agency’s bus fleet.

The board approved a total of $138 million, its largest funding yet, to buy 95 electric buses. The $138 million approvals include $72 million for 35 60-foot-long electric buses from Crookston, Minn.-based New Flyer of America Inc.

According to BYD, this contract will directly lead to 59 new manufacturing jobs at the BYD factory in Lancaster.

L.A. Metro is expected to use the buses to electrify the Silver Line bus service, which runs throughout the county, from El Monte into Downtown Los Angeles and then south to San Pedro.

BYD opened its U.S. headquarters in downtown L.A. in 2011 and set up a manufacturing facility in Lancaster in 2013. In the L.A. region, BYD has provided 10 buses to Long Beach Transit and four each to Palm Springs and Anaheim.

Aug 3, 2017Blagojce Krivevski
Tesla has moved 47,000 cars in the first half of this year; averaging 1,800 Model 3 reservations a dayVideo: Nissan teases aerodynamic design of second-generation LEAF